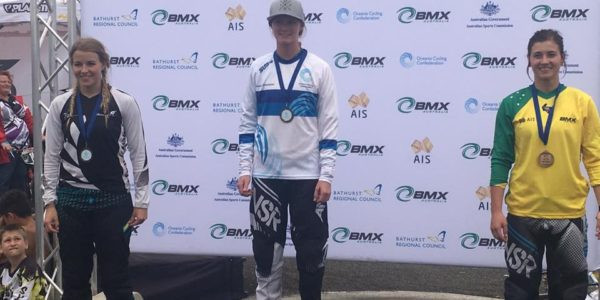 Leanna Curtis will seek to defend her women's elite title when the Oceania BMX Championships get underway tomorrow in Bunbury in Australia.

The home rider claimed victory at the 2017 edition of the continental event, which was held in Bathurst.

She will expect strong competition tomorrow from New Zealand's Sarah Walker, the London 2012 Olympic silver medallist who is among those set to take to the start.

New Zealand's Rebecca Petch, who has won silver in the last three years at the Championships, will hope to finally claim the gold.

A new men's champion will be crowned with Australia’s Kai Sakakibara not set to defend his title.

Sakakibara is currently racing in Europe.

New Zealand Champion Rebecca Petch is on her way to Bunbury, Western Australia for the 2018 #OceaniaBMX Championships in Wednesday. After silver last year can she claim the #OceaniaCycling title this year? @CyclingNZL @BMXAustralia @bakubmx2018 pic.twitter.com/f7ktlF1JIw

His compatriot Aaron Nottle and New Zealand's Maynard Peel are expected to be among the contenders.

Peel claimed the men's under-19 title for the past two years and will be hoping to secure the senior crown this time around.

Fellow Australians Kye Afoo and Kyle Hill will be looking to succeed Peel in the junior event.

Ashlee Miller, Edan Whitlock and Courtney Stevenson are among the Australians vying for the women's junior title.