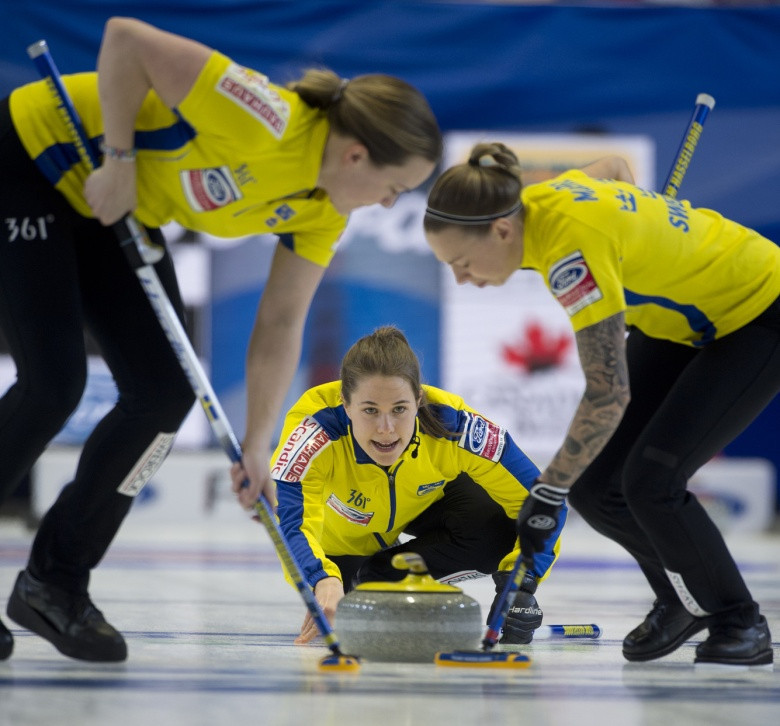 Olympic champions Sweden preserved their unbeaten start to the World Women's Curling Championships by winning a rematch of the Pyeongchang 2018 final against South Korea.

Sweden had opened the day with a 6-4 win over the United States at the North Bay Memorial Gardens.

A fifth straight win was the aim when they took on South Korea, who had won all three of their matches to date at the tournament.

Sweden stormed into 5-0 lead after just three ends of the match, which seemed to put them on course for a comfortable win.

The South Korean team were able to close the gap as the contest progressed, but ultimately fell to a 9-7 defeat.

Hosts Canada lie in second place in the standings, as the only other unbeaten team in the competition.

They beat China 9-5 in front of a home crowd in their only match of the day.

The home team, led by Jennifer Jones, have one match in hand on leaders Sweden.

"We didn't quite get our rocks in the right spots at the start of the game and we were chasing it," Canada's Dawn McEwan said.

"They played very well, I think they only missed one shot in that first half.

"So, we put some pressure on them and got some draws in good spots and then a steal of three happened, so we just stayed patient and it worked out for us."

Japan and South Korea currently complete the top four positions, with the two teams lying on three wins and one loss.

The Czech Republic and Russia follow on three wins and two defeats, while China, Italy and the United States have two wins and three losses to their name.

Denmark and Switzerland both have one win, while Germany and Scotland are yet to get off the mark.