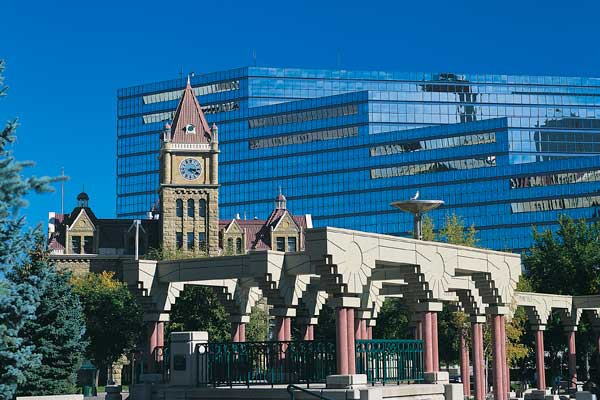 A report claiming that Calgary had been guaranteed financial support from the Federal and Provincial Governments for its bid to host the 2026 Winter Olympic and Paralympic Games was posted online incorrectly, it has been revealed.

The City of Calgary admitted in a statement that the report, posted to its website, and which was set to be presented to City Council on Wednesday (March 21), was false.

The report claimed the city had received confirmation that Ottawa and Alberta would fund the formation of a 2026 Olympic and Paralympic Winter Games Bid Corporation.

It had been claimed that both would contribute CAD$10 million (£5 million/$8 million/€6 million) towards funding the Bid Committee.

The report and attached documents have now been removed from the agenda minutes on the city's website.

"The version of the report that was posted online was a version that had been prepared in the hope of receiving formal funding approval ahead of next week's strategic meeting of council," the statement from the City of Calgary said.

"It was mistakenly posted."

A project team from the City of Calgary last year took over the work of the Calgary Bid Exploration Committee, which concluded the cost of hosting the Games would be CAD$4.6 billion (£2.6 billion/$3.6 billion/€2.9 billion).

Calgary Mayor Naheed Nenshi has repeatedly said a bid cannot go ahead without financial support of the Federal and Provincial Governments.

"While the city has received very positive indications from both the Governments of Canada and Alberta, no formal or final funding confirmation has been received," the statement said.

"There was no intent to mislead the public or city council.

Administration apologizes (sic) for this error."

The mistake has upset local councillors, like Jeromy Farkas, who believe it is part of a strategy to force them to back a bid to bring back the Winter Olympic Games to Calgary for the first time since 1988.

"It seems like we’re getting railroaded down this path," he told the Calgary Sun.

"We see the IOC (International Olympic Committee) meddling with council and giving the city administration tips with how to handle local media."

Countries interested in bidding for 2026 must inform the International Olympic Committee (IOC) of their interest by March 31 so time is running out, however.

Sion in Switzerland, Stockholm in Sweden, Sapporo in Japan, Erzurum in Turkey and Graz and Schladming in Austria are other contenders in the 2026 race.

An Italian bid from Milan or Turin is also increasingly possible.

United States, Kazakhstan and Norway have decided to concentrate on potentially bidding for the 2030 Winter Olympic and Paralympic Games.

After March 31, bidders will plan more details about their bid before the IOC Session votes to decide the official candidates in October.