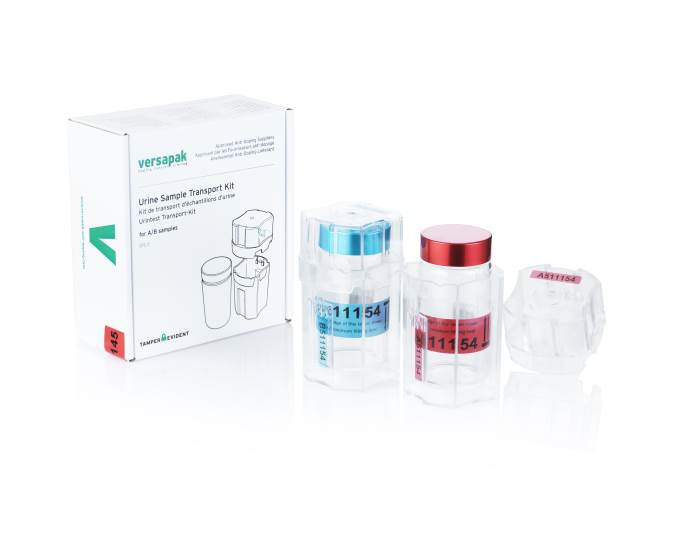 The World Anti-Doping Agency (WADA) have begun a process to select a new manufacturer of doping control kits following Berlinger's announcement to withdraw from the market after a series of problems.

Discussions have already taken place with rival UK-based manufacturer, Versapak, who are in the process of developing a new urine kit.

It follows customer feedback earlier this month that a "limited" number of Berlinger-produced bottles had cracked when frozen, thus throwing into jeopardy the whole anti-doping process.

The Swiss company still has between three and six months of stock available and will continue supplying these until they run out.

They had already reverted to an early version of their testing kit after concerns that the latest model could be illegally opened and tampered with were raised in January.

In a statement, WADA insisted they have received "no reports of cracked Berlinger bottles following freezing from any accredited laboratory, Anti-Doping Organisation (ADO) or sample collection provider".

"WADA is actively exploring alternative sources of sample collection kits, in collaboration with the Institute of National Anti-Doping Organizations (iNADO) and a number of ADOs," the statement added.

"To that end, a meeting took place on March 7 with an existing doping control kit manufacturer, Versapak, which is developing a new urine kit.

"At the meeting, Versapak presented a prototype to some ADOs, a WADA-accredited laboratory, a number of doping control officers and WADA.

"Versapak received feedback on the prototype, which they are now addressing and preparing for production in April 2018."

WADA has also had "preliminary discussions" with other organisations at "various stages" of developing new sample collection equipment.

These are Secure Doping Control, which has been developed in partnership between the US Anti-Doping Agency and Major League Baseball, Swiss based company LOCKCON, and an anti-doping foundation set-up by the former International Olympic Committee medical director Arne Ljungqvist.

All four companies will be present at next week's WADA Symposium in Lausanne, at which more discussion will take place.

"WADA will continue gathering information from all interested parties including other potential manufacturers in order to propose solutions that will maintain the integrity of the doping control process," the statement concluded.

Concerns over sample tampering have risen across the anti-doping landscape as a result of the scheme operated by Russia at their home Winter Olympic and Paralympic Games at Sochi in 2014 where clean samples supposedly replaced tainted ones.

Berlinger claimed that "increasingly institutionalised forms of doping malpractice" had increased and changed the demands made on its anti-doping kits.

"These developments are not only damaging to sport: they have become increasingly incompatible with our corporate values and core competencies," said the company's board chair, Andrea Berlinger.

"And in view of this, we have taken the strategic decision to make an orderly withdrawal from this business segment over the next few months, and to focus on the high-tech core business of Berlinger & Co. AG."