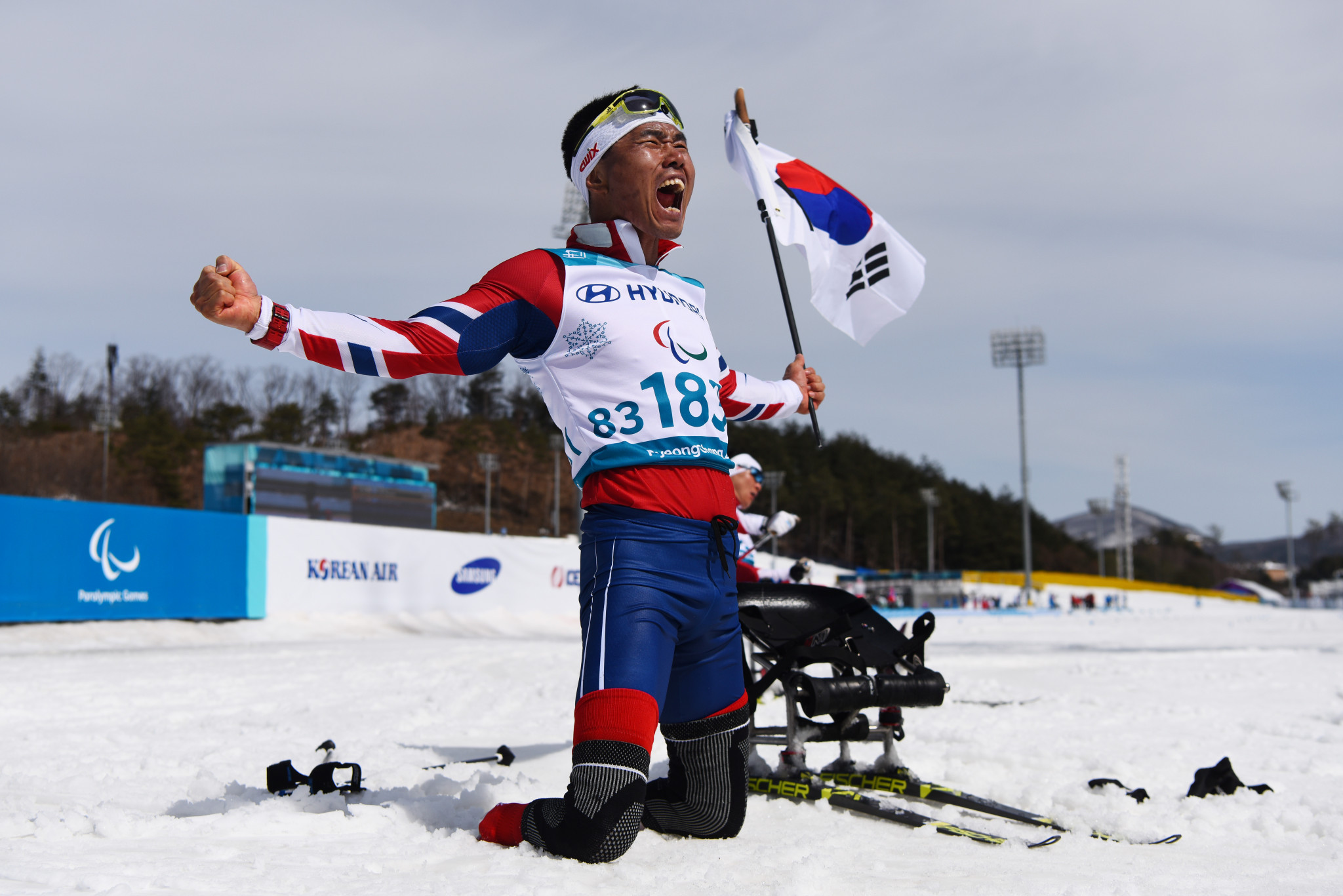 The 37-year-old, who won bronze in the 15km sitting competition earlier in the week, registered a time of 22min 28.4secs to clinch the title, sending the home fans at the Alpensia Biathlon Centre into raptures.

It ends South Korea's 26-year gold medal drought at the Winter Paralympics since the country made its debut at Albertville 1992.

After his win, Sin, who was his country's leading medal hope going into these Games, said: "It was my dream to win a gold medal in the Paralympic Games and I don't have any words to describe this feeling.

"Now my dream has been realised.

"I'm so happy to perform my game at home in Korea and in biathlon I was a little bit nervous but I promised to all the press and journalists that I would sing the hymn of Korea.

"Today we heard the Korean hymn and I'm very happy for this.

"By seeing me I want to cheer up all those people so that they can find their place in society just like I found my place in the Paralympic Games."

Behind Sin, Daniel Cnossen of the United States collected his sixth medal of the Games after clinching silver with a time of 22:33.7, while Ukraine's Maksym Yarovyi crossed the finish line in 22:39.9 to round off the podium.

The women’s 5km sitting title was claimed by the US' Oksana Masters - her second cross-country skiing medal in as many races after winning the 1.1km sprint on Wednesday (March 14).

The 28-year-old registered a time of 16:42.0 to finish ahead of Germany's Andrea Eskau and Neutral Paralympic Athlete (NPA) Marta Zainullina, who secured silver and bronze, respectively, with times of 16:53.5 and 17:25.4.

Seventeen-year-old Natalie Wilkie of Canada claimed her first-ever Paralympic gold medal by coming out on top in the women’s 7.5km standing competition.

Wilkie, who won bronze in the 1.5km sprint event earlier in the Games, registered a time of 22:12.2 to ensure she finished top of the podium.

She was, however, pushed very close by NPA's Ekaterina Rumyantseva and fellow Canadian Emily Young.

Rumyantseva, who now has five medals at these Games, finished just 1.6 seconds behind Wilkie in the silver medal position, while Young finished just a tenth of a second further back in third.

Japan's Yoshihiro Nitta won his first Paralympic gold medal since Vancouver 2010 by coming out on top in the men's 10km standing competition.

The 37-year-old’s time of 24:06.8 was enough to see off the challenge of Ukraine's Grygorii Vovchynskyi, who ended up 8.7 seconds behind.

Canada's Mark Arendz secured his fifth podium finish of these Games thanks to his bronze medal-winning time of 24:27.1.

Arendz’s compatriot Brian McKeever had another day to remember in the men’s visually impaired category as he triumphed in the 10km race.

The 38-year-old recorded a time of 23:17.8 to add a 13th Paralympic title to his collection, beating off competition from American Jake Adicoff and Belarus' Yury Holub, who recorded times of 24:31.3 and 24:37.1 to secure silver and bronze, respectively.

NPA’s Mikhalina Lysova had to settle for silver after she recorded a time of 22:55.6, while Austria's Carina Edlinger, guided by husband Julian, rounded off the podium after crossing the finish line in 23:22.9.