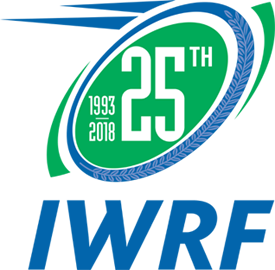 The International Wheelchair Rugby Federation (IWRF) has announced it will hold a General Assembly and Conference in Sydney on August 11 and 12.

The event is due to be staged following the World Championships in the Australian city.

Elections will take place for the Board of Directors, including the role of President currently held by John Bishop.

The positions of vice-president, a member at large and an athlete representative are also up for election.

Those interested in standing have a nominations deadline of May 11.

All member nations of the IWRF in good standing will be eligible to send voting delegates to Sydney.

The IWRF is celebrating its 25th anniversary this year.

Hosts Australia, Canada, Denmark, France, Great Britain, Japan, Sweden and the United States have all qualified for the Sydney World Championships scheduled to take place between August 5 and 10.

Four teams will join them through a qualification tournament next month.