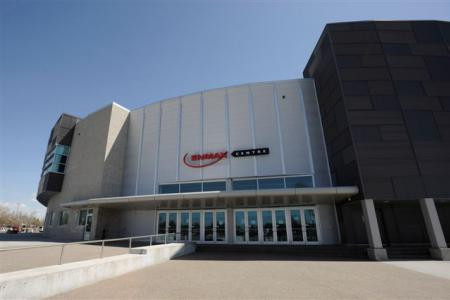 Lethbridge in Canada will host the 2019 World Men's Curling Championship, it has been announced.

The event in the Canadian city is due to be held from March 30 to April 7 at the Enmax Centre.

The announcement of Lethbridge as the host city was made jointly by the World Curling Federation (WCF) and Curling Canada.

"It is my pleasure to confirm that the World Men's Curling Championship 2019 will be held in Lethbridge, Alberta, Canada," WCF President Kate Caithness said.

"This follows the recent success of our World Mixed Doubles and Seniors being held in the first-class ATB Centre in Lethbridge.

"I am in no doubt that the local Organising Committee, Curling Canada and our event sponsors will put on another fantastic Canadian World Curling Championship for fans and athletes from around the world to enjoy."

The 2019 event will be the third World Championship in the sport to be staged in Lethbridge in seven years.

The last edition of the men's tournament, held in 2017, also took place in Alberta and the 2019 competition will be the 25th World Championship to be held in Canada.

The announcement comes after the WCF extended a deal which guarantees Canada the right to stage a senior World Championship every year.

An arrangement has been in place since 2005 which ensures Canada is the host of either the Men's or Women's World Championship on an annual basis.

It guaranteed that the 2019 edition of the event would be held in the North American nation.

"We know Lethbridge has a proven track record of success when it comes to hosting world-class curling championships, on and off the ice and I'm positive 2019 will be no exception," said Resby Coutts, Chair of Curling Canada's Board of Governors.

"I had the privilege of attending the 2017 World Mixed Doubles and World Seniors championships and saw first-hand how passionate the city of Lethbridge is about the sport of curling.

"Fans who make the trip to Southern Alberta next year will be treated to a great show."