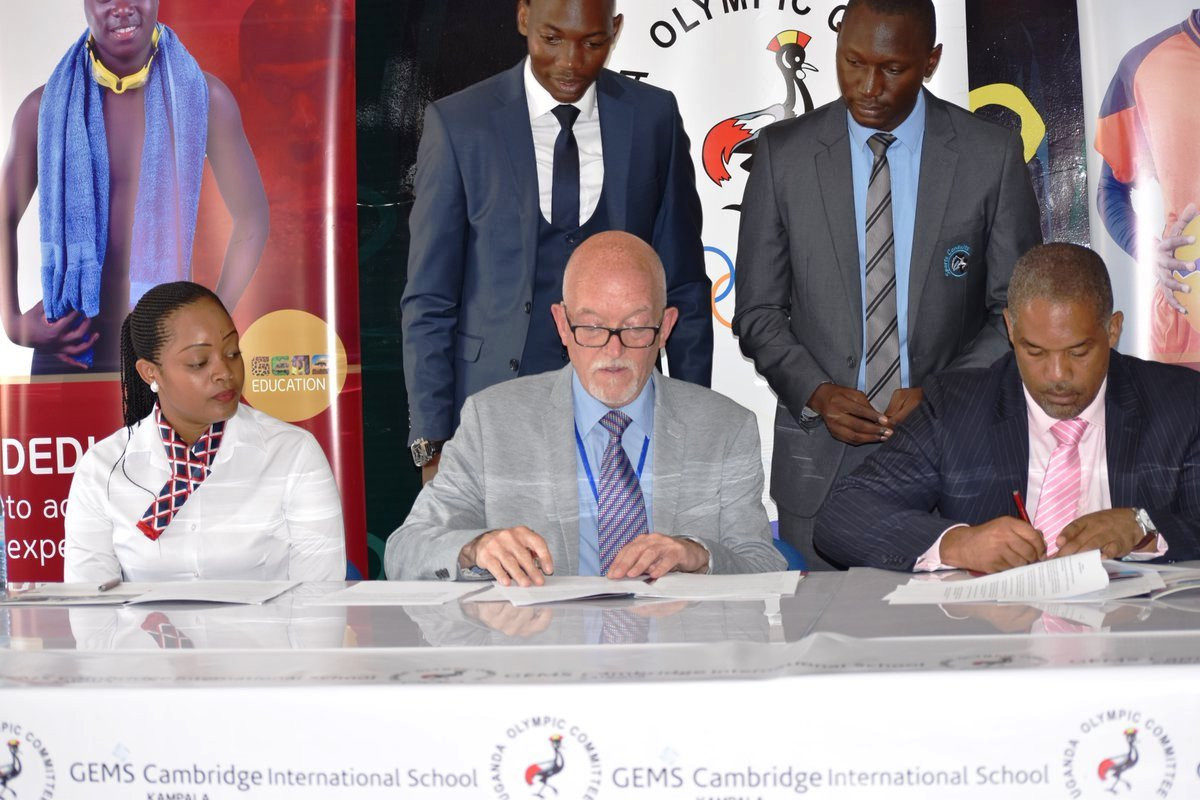 The Uganda Olympic Committee (UOC) has renewed its partnership with GEMS Cambridge International School for a further three years.

Kawowo Sports reports that a Memorandum of Understanding (MoU) was signed by the two parties at the Butabika-based educational institution, on the outskirts of Kampala.

The School was represented by a number of officials, including Ernest Murreith, the regional director for Africa.

The signing of the MoU follows the completion of a partnership that had been signed in February 2015.

As in the previous partnership, the UOC will have access to the School's sports facilities, including a modern indoor stadium, several outdoor netball and basketball courts, a tennis court, a football ground and a running track.

In return, the body will offer sports scholarships and training in Olympism to the School's students and teachers.

"This is once again another milestone for sports development in Uganda," Blick was reported as saying by Kawowo Sports.

"Olympic studies will be part of the physical education curriculum as a pilot school.

"We are happy to roll out this project and it fulfils our mission to cultivate Olympism in the youth."

Murreith added: "Such partnerships are essential towards sports development.

"We are glad that his relationship has lasted for the past three years and still growing strong."

The first activity under the renewed partnership was the 2018 Olympic Values Debate Championship at the School last month.

More than 200 students from at least 30 schools attended the event.

This was followed by Commonwealth Day celebrations yesterday, featuring various activities related to Uganda’s preparations for next month’s Commonwealth Games in the Gold Coast in Australia.