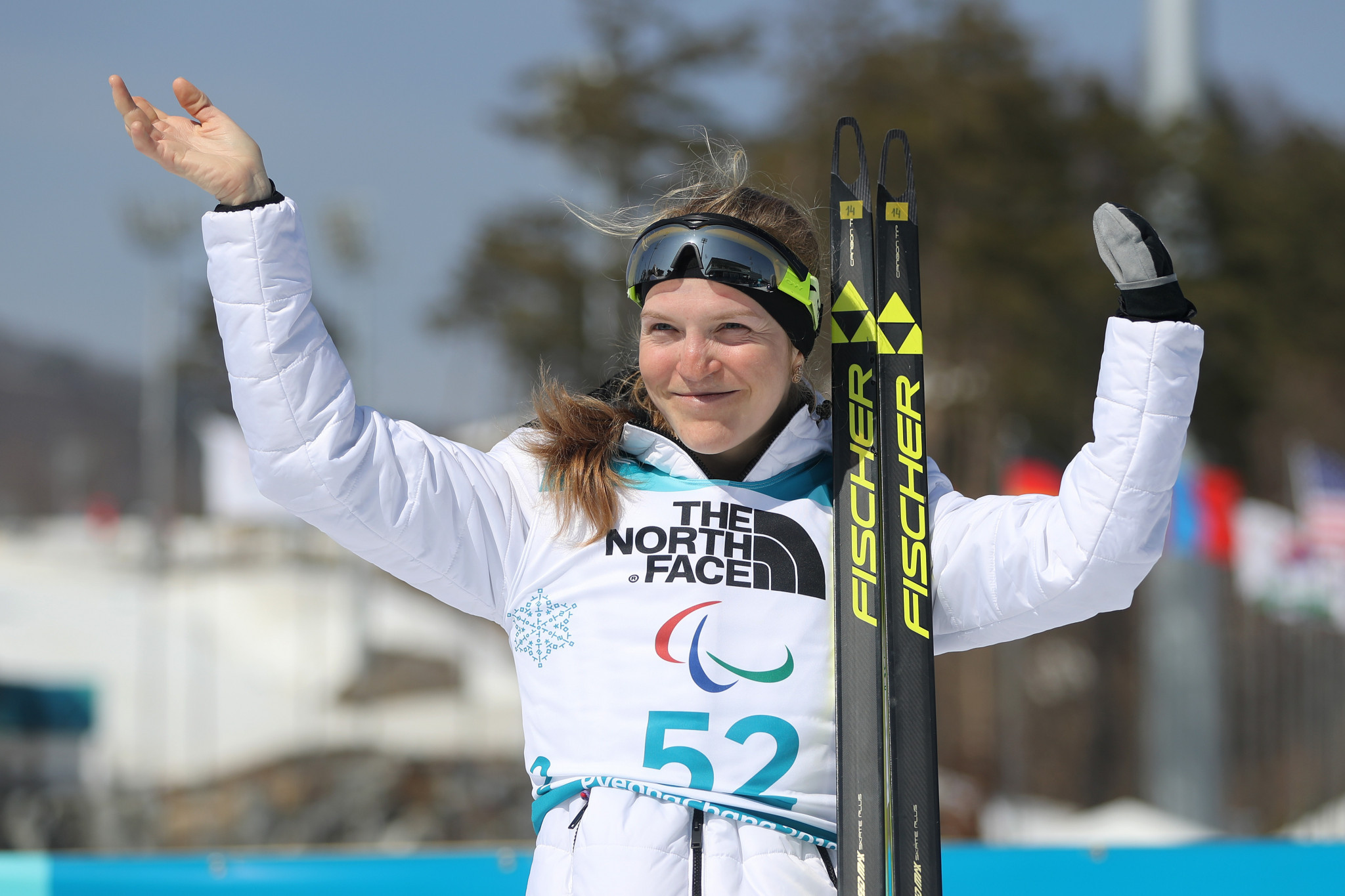 Following title wins in the 6km biathlon and 20km cross-country skiing events earlier on in the Games, the Neutral Paralympic Athlete made it three out of three after completing today’s 10km biathlon course in a time of 34 mins 10.0 secs, missing just one shot in the process.

Her compatriot Anna Milenina claimed silver thanks to a time of 35:30.0 with Ukraine’s Liudmyla Liashenko securing her second bronze of Pyeongchang 2018 with a time of 36:23.6.

After securing the 7.5km crown on day one of Pyeongchang 2018, the 28-year-old recorded a time of 35:25.3 to finish just 6.5 seconds ahead of Ihor Reptyukh in today's race, meaning the Ukrainian had to settle for silver.

Mark Arendz of Canada rounded off the podium with a time of 35:54.7.

In the women’s 10km sitting competition, Germany’s Andrea Eskau secured her 10th Paralympic title across both winter and summer sports thanks to her winning time of 42:36.6.

The NPA team added two more medals to their overall tally after Marta Zainullina and Irina Guliaeva secured the silver and bronze medals in times of 43:52.1 and 44:25.5 respectively.

Ukrainian teenager Taras Rad secured gold in the men's 12.5km sitting competition after a superb performance which saw him miss no shots throughout the race.

The 18-year-old eventually finished the course in a time of 45:35.6 - nearly a minute ahead of 6km gold medal winner Daniel Cnossen of the United States, who also shot clean but could only record a time of 46:37.3.

His compatriot Andrew Soule took bronze thanks to a time of 47:08.7.

In the women's 10km visually impaired event, Oksana Shyshkova's collected Ukraine’s second gold of the day thanks to an impressive performance that saw her shoot clean and finish in a time of 37:58.9.

NPA'S Mikhalina Lysova, who won gold in the 6km race on day one of the Games, had to settle for silver with her time of 40:12.4 whilst Germany's Clara Klug took bronze in 42:01.6.

It had looked like the Belarusian's time of 39:23.7 would not be enough for him to finish top of the podium, but a slow last part of the race for Ukraine's Oleksandr Kazik, who had led for most of the event, meant he could only register a time of 39:26.1, handing Holub the gold medal.

The biathlon competition draws to a close on Friday (March 16) with female athletes competing over 12.5km whilst male athletes will race over 15km.