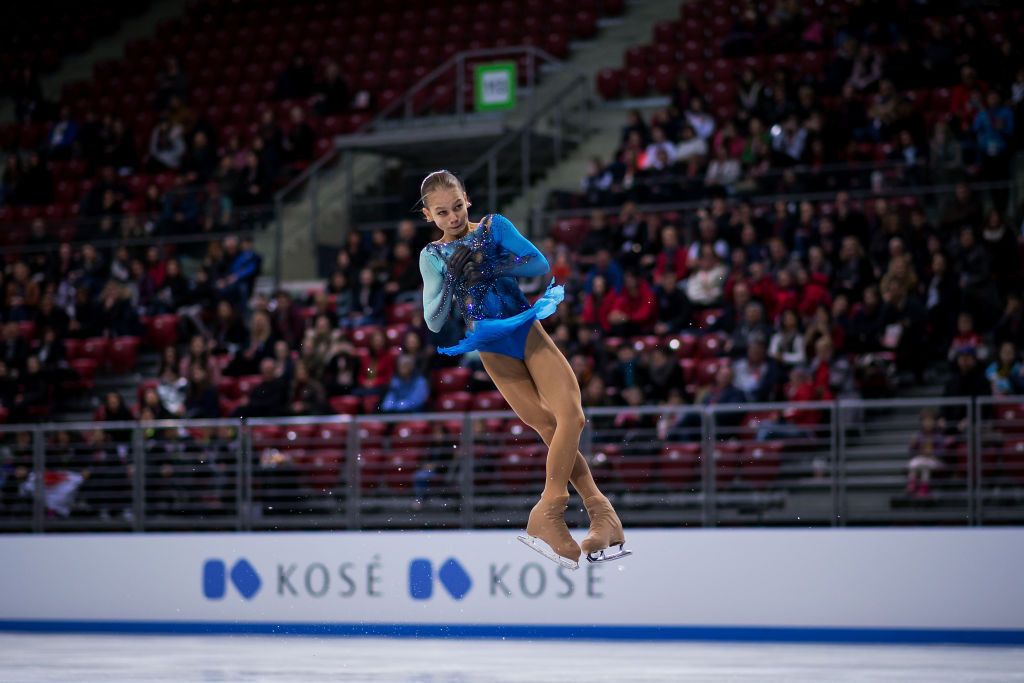 Russia’s Alexandra Trusova became the first woman to land two quadruple jumps in one programme on her way to the gold medal as competition concluded in spectacular fashion at the International Skating Union World Junior Figure Skating Championships in Sofia.

The 13-year-old Trusova outjumped her competitors to win by over 18 points at the Arena Armeec.

Artur Danielian added another Russian medal as he moved up from eighth after the short programme to take silver.

Matteo Rizzo earned bronze - the first medal to be won at these Championships by an Italian male skater.

The teenager is also the first female skater to perform a quadruple toeloop in competition.

"I am very happy to have won, but I’m even happier to have landed the two quads," said Trusova.

"I prepared for that and I did it.

"After I landed the quads, I was very happy, but I still had the rest of the programme to do.

"There were still three difficult combinations to come and I had to pull myself together."