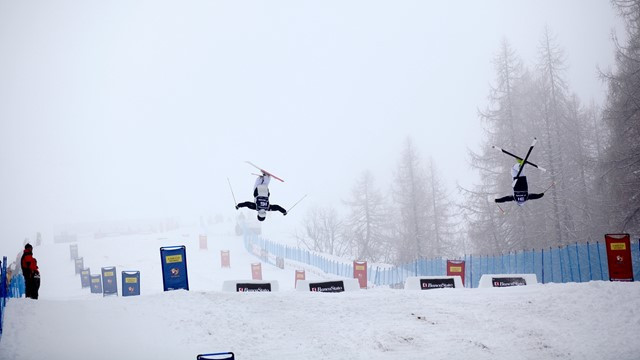 According to an FIS report, with only one week left in the World Cup season a rescheduling of this event will not be possible.

The bad weather in Airolo came after two excellent, sunny days of training at the Ticino resort, where today’s competition would have been the first World Cup event at the venue since 2004.

There were some clearer windows of opportunity at the start of the day and men’s preliminary rounds were able to take place without a problem.

However, immediately after the last heat of men’s prelims the fog settled in and would not relent, even as the jury pushed the schedule back as far as possible in hopes of an opening.

Finally, there was no other option but to call off the event.

From here, the moguls tour is now due to move to Megeve, in France, for the FIS World Cup finals dual moguls event on March 18.

The top 24 men and 24 ladies in the World Cup rankings - as well as top athletes from various continental cup series - will be eligible to compete in the 2017-2018 season-ending competition.

Mikael Kingsbury of Canada - silver medallist at Sochi 2014 and Olympic champion in Pyeongchang last month - has already guaranteed himself his seventh successive moguls and freestyle overall globes in the men’s competition.

As far as the women are concerned the Megeve competition will come down to a battle between the current World Cup leader and Olympic champion Perrine Laffont of France, who has 527 points, and Jaelin Kauf  of the United States, who has 461.