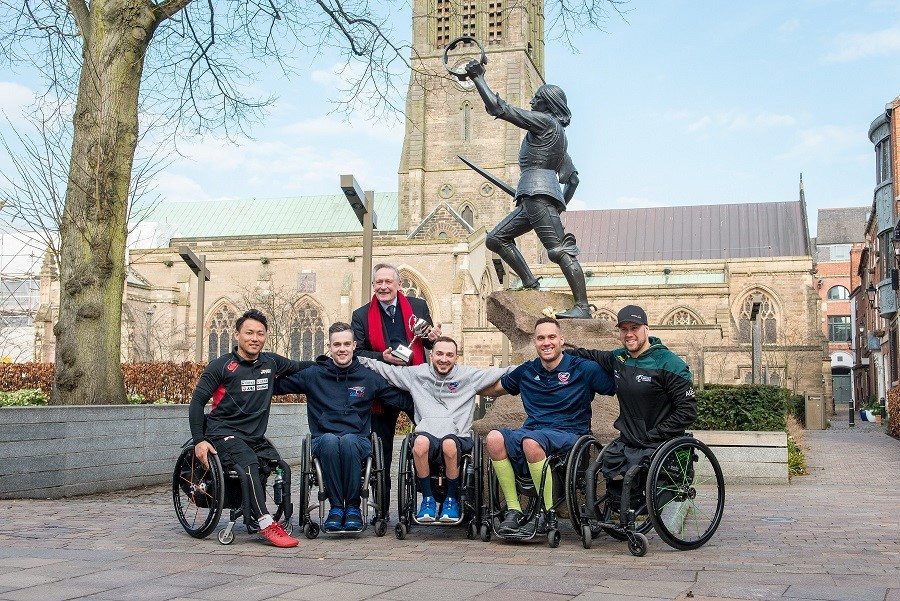 The world's best wheelchair rugby teams will compete in the inaugural edition of the Quad Nations tournament in Leicester from tomorrow.

All three medal-winning teams from the Rio 2016 Paralympics will contest the event alongside hosts Great Britain at the Leicester Arena.

Australia, the reigning Paralympic and world champions, will likely start as favourites but Rio 2016 silver medallists United States will also look to pose a challenge.

Japan, who won bronze in Rio de Janeiro, will represent Asia while Britain are the European champions.

All four teams will play each other during a round-robin stage with the top two progressing through to the final on Sunday (March 11).

A third/fourth place play-off game will also be held.

Leicester City Mayor Peter Soulsby welcomed the team captains to the Richard III statue in the city prior to the three days of play.

"It's critical that we play the top teams in the world if we are to be medal contenders at the World Championships in the summer.

"Leicester has been an important training venue for us and with Leicester Tigers Wheelchair Rugby in the city we are hoping for lots of support for GB."

Australian city Sydney will host the World Championships from August 5 to 10.