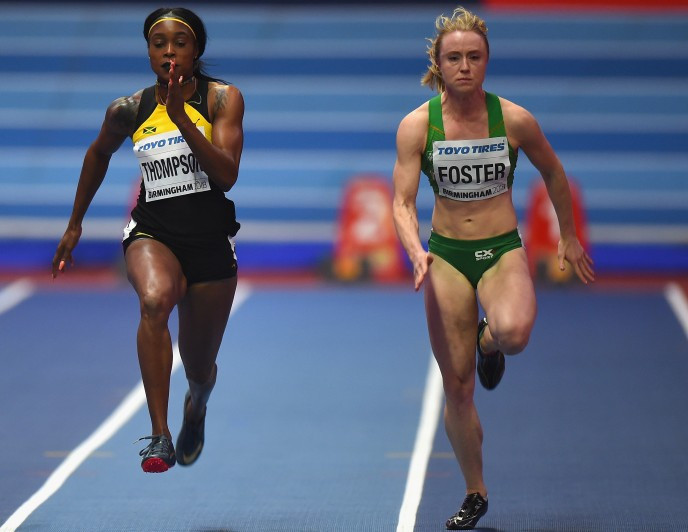 Athletics Northern Ireland have announced Amy Foster has been added to their team for the Gold Coast 2018 Commonwealth Games.

The sprinter missed out on a place in the initial squad, with the Northern Ireland Commonwealth Games Council (NICGC) originally selecting 11 athletes from the 15 nominated by Athletics Northern Ireland.

Foster’s addition comes as a result of the deselection of boxer Conor Wallace yesterday.

According to the BBC, Wallace was de-selected after police said they were investigating a complaint against a 21-year-old from the Newry area in relation to an allegation concerning child protection.

The boxer’s solicitor claimed Wallace denies wrongdoing and would seek to appeal his de-selection.

"We have put the Committee on notice that if this decision is not reversed, we will have no option but to seek an injunction," Wallace's solicitor told the BBC.

"Our client has not been arrested or questioned by the police.

"We are convinced that Mr Wallace will be exonerated in due course."

Due to his de-selection, a place in the Northern Ireland team was opened up.

The spot has been given to Foster, who is now set to compete in her third Commonwealth Games.

We're delighted to reveal that Amy Foster has been added to Northern Ireland's Commonwealth Games athletics team and will run the 100 and 200 metres @GC2018 - it will be her third Games appearance! #GoTeamNI

"I am absolutely delighted to be selected for Commonwealth Games in the Gold Coast," she said.

"I will now look forward to competing in my third Commonwealth Games."

Athletics Northern Ireland said they worked on Foster's behalf to ensure she was strongly considered as the replacement.

Foster is now set to depart with the main Northern Ireland athletics team on March 20.

They will travel to a holding camp at Somerset College in Gold Coast, prior to athletics competition beginning on April 8.

The Games are set to take place from April 4 to 15 in the Australian city.