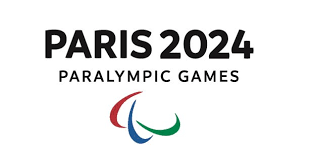 The International Paralympic Committee (IPC) have announced that the dates for the Paris 2024 Summer Paralympic Games have been changed with the event now set to take place from August 28 to September 9.

The decision by the IPC Governing Board at a meeting here sees the Games in the French capital move from September 4 to 15 so they are now one week earlier than originally proposed.

The new dates mean the first half of the Paris 2024 Paralympic Games will now take place during the school holidays - a move approved by both the IPC and the International Olympic Committee (IOC) in a bid to give the Paralympic Games more exposure.

Last month, it was reported that the Olympic Games would start one week earlier than planned between July 26 and August 11.

During today's meeting in Pyeongchang, the IPC Governing Board also approved the Fuji International Speedway, which is located near the world famous Mount Fuji, as the start and end point of the road cycling course at Tokyo 2020.

Tokyo 2020 chief executive Toshiro Muto, however, said that the route of the course had yet to be fully decided.

"I am glad that we were able to finalise the venue for road cycling events today," he said in a statement.

"I believe that it will serve as a great stage for the athletes and provide an excellent spectator experience.

"The route of the road cycling course is yet to be determined, and we will continue to work with the relevant parties on this."

The confirmation of the Fuji International Speedway means that all 22 sport venues for the 2020 Games have now been decided.

The imminent Pyeongchang 2018 Winter Paralympic Games were also on the itinerary of the meeting with the Board updated on final preparations for the event, which opens here on Friday (March 9).

IPC President Andrew Parsons said his organisation were excited about the next two weeks.

"Throughout the Board meeting there was an air of excitement regarding the start of the Paralympic Winter Games," he said.

"Final preparations are going very well and it looks like Pyeongchang 2018 will be record-breaking in many areas.

Parsons also commented on the news about Tokyo 2020 and Paris 2024.

"Following the conclusion of Pyeongchang 2018 all eyes will be on Tokyo 2020," he said

"I am pleased that the venue masterplan for those Games is now finalised.

"The change of date for the Paris 2024 Paralympic Games is hugely advantageous and will allow maximum exposure and awareness for the event."

Today's meeting also saw the Board ratify the reappointment of a number of Committee members ahead of the opening of nominations for the IPC Standing Committees later this year.

The Pyeongchang 2018 Paralympics will take place from March 9 to 18.