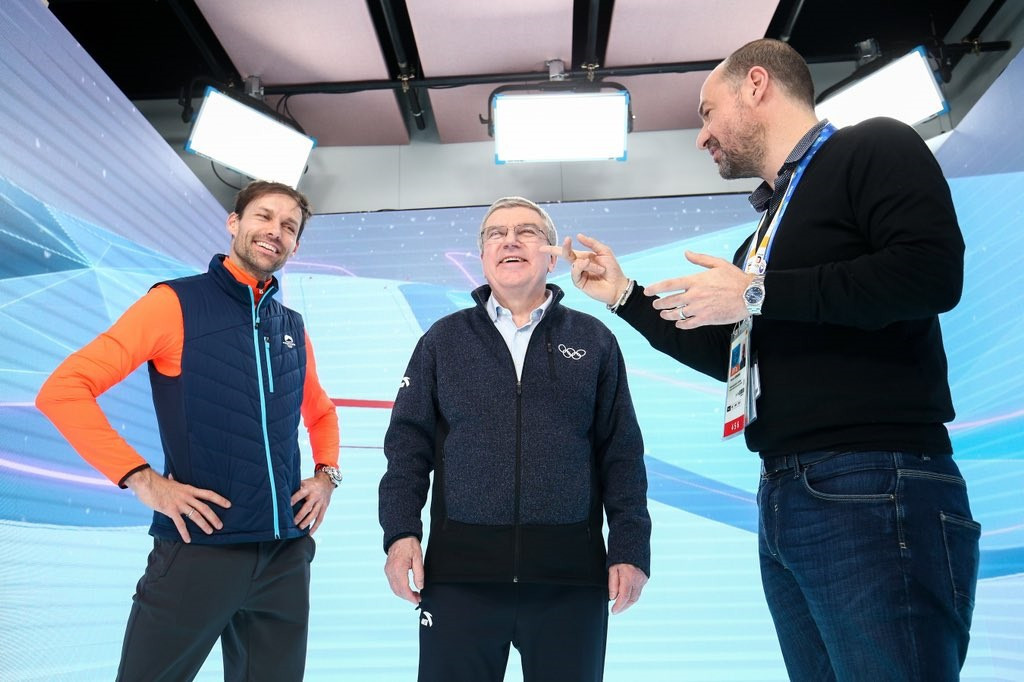 Eurosport will look at how innovations used to compliment their broadcast operation at the 2018 Winter Olympic Games in Pyeongchang can be "taken to the next level" at Tokyo 2020, a senior official at the channel has promised.

Stefano Bernabino, Eurosport's vice-president for Olympic production, said they had "learnt many lessons" after broadcasting their first Olympic Games.

Bernabino highlighted the Eurosport Cube, a first-of-its-kind augmented reality studio where winter sports stars were invited in to analyse their own performances and those of other competitors, as one of the main successes from their coverage of Pyeongchang 2018.

He said they would aim to build on and improve the technology used at last month's Games.

"What we have done in Pyeongchang will leave a legacy for our production of future Games, as well as all the premium live sport Eurosport presents all-year-round," said Bernabino.

"We'll analyse what worked well and what we want to improve for Tokyo 2020.

"We certainly want to explore how we build further on our use of technology and data, how we take innovations like the cube to the next level.

"Not technology for the sake of it, but using technology to tell stories better and help the viewer better understand and care more about the sport.

"In the Olympic Broadcasting Services and International Federations, we have great partners to continue to advance how we showcase the Olympic Games to people across Europe."

Eurosport also set up additional on-site studios in national houses at Pyeongchang 2018, such as those for Sweden and Italy, and Bernabino is hopeful this element can return at the 2020 Olympics in Tokyo.

"They really added something different to our broadcast and digital content, bringing viewers back home more of the atmosphere from Pyeongchang and closer to those special moments of celebration with the athletes," he added.

"The National Olympic Committees have been fantastic partners and it will be exciting to explore similar collaborations for the future."

Discovery penned a contract with the International Olympic Committee in June 2015, which saw Pan-European television sports network Eurosport become the continent's Olympic broadcaster from 2018 to 2024.