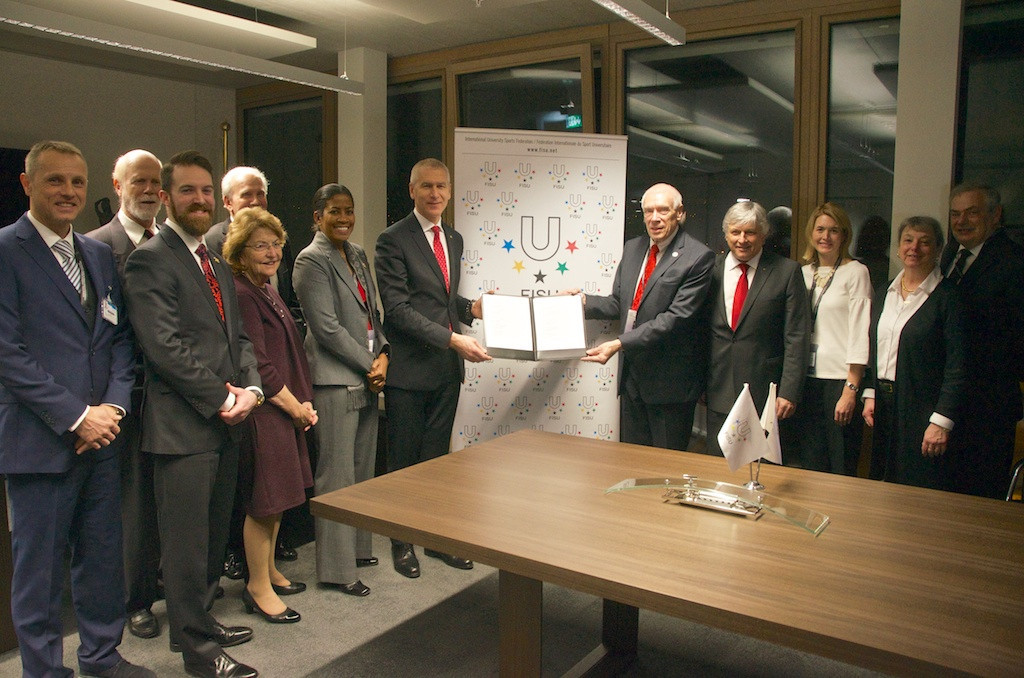 Lake Placid is set to stage the 2023 Winter Universiade after signing a Memorandum of Understanding (MoU) with the International University Sports Federation (FISU).

The New York Village, twice a host of the Winter Olympic Games in 1932 and 1980, has penned an agreement with FISU which "moves towards a suitable hosting agreement".

Lake Placid is likely to be awarded the event in June, when a formal agreement will be finalised.

The approval of the MoU was made by the FISU Executive Committee during a meeting in Lausanne.

"We are pleased to formalise our dialogue with the signing of this MoU.

"The MoU clearly demonstrates the willingness of all parties to move towards a suitable hosting agreement.

"From its outset, the bid has been one of the strongest we have seen.

"FISU has no doubt that Lake Placid would be a great host for the 2023 Winter Universiade, making a lifelong impact on the thousands of student-athletes who would come from all around the world."

New York is poised to host the Universiade for the third time.

The state also held the summer version of the event in Buffalo in 1993 and the winter edition in Lake Placid in 1972.

Lake Placid has been a consistent host of World Cup and World Championship competitions for several winter sports.

It is due to host the 2021 International Bobsleigh and Skeleton Federation World Championships and the winter edition of the International Children’s Games will also be held there in 2019.

Facilities used for the two editions of the Winter Olympics will form a key part of the Universiade in 2023.

They will be renovated and upgraded thanks to $62.5 million (£45 million/€51 million) of capital funding which has been included in the budget of New York Governor Andrew Cuomo.

"Lake Placid is the perfect location to host this event, which will showcase the very best of New York and the North County to an international audience," Cuomo said.

"We are proud and fortunate to have both the natural and man-made resources required for the Winter World University Games in our own backyard and we look forward to welcoming athletes from across the globe to experience all the Adirondacks has to offer."