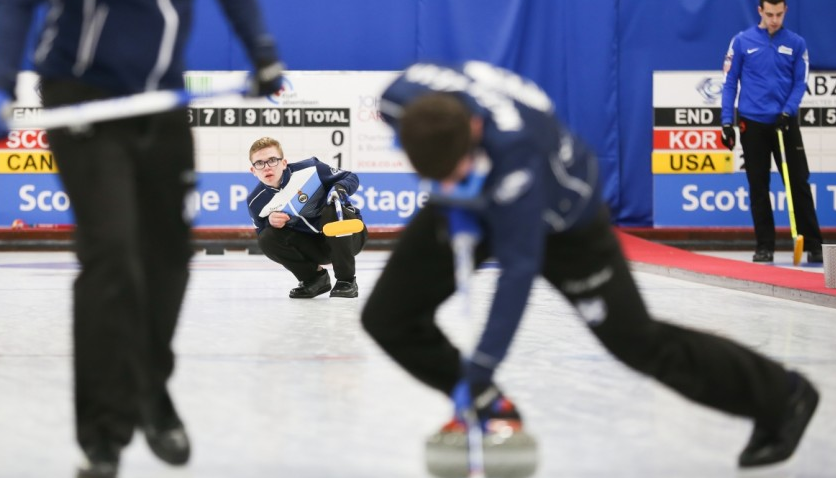 Hosts Scotland continued their unbeaten form today in the men's competition at the World Junior Curling Championships in Aberdeen.

The Scots beat Russia 10-3 at Curl Aberdeen to become the only team to win all four matches so far.

Both teams are now tied in second place on three wins and one defeat.

Norway also gained a first win of the tournament with a 11-4 success over neighbours Sweden.

"The boys have played really well and they've made my job easy, so I'm a very happy skip," said Scotland's skip Ross Whyte.

"All the fans are here; our family and friends are really keeping us going.

"We're just so pleased that everyone can make it, and hopefully it's going to help curling continue to get bigger."

Defending champions Sweden have also stayed unbeaten in the corresponding women's competition with an 8-6 win over Russia.

Scotland's day proved bittersweet, however, as their women's team lost 9-6 to Switzerland after an extra end.

Canada completed a double over the US with an 8-3 win to move into second place on three wins while Norway recovered from 5-1 down to triumph 10-5 against Turkey.