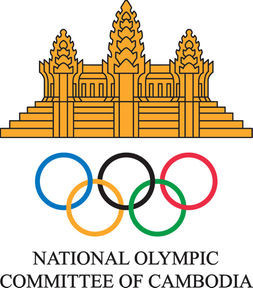 The National Olympic Committee of Cambodia (NOCC) will host the Olympic Council of Asia's (OCA) regional forum from May 7 to 9, as part of the build-up to this year's Asian Games in Jakarta and Palembang.

As reported by The Phnom Penh Post, NOCC secretary general Vath Chamroeun said his organisation was delighted to be hosting the event.

"We previously hosted the regional forum in Siem Reap in March 2013, and we are honoured to be hosts again," he said.

"We will soon decide whether to hold this event of great significance for the participating National Olympic Committees either in Phnom Penh or Siem Reap.

"The key areas of discussion will be the implementation of principles of good governance, autonomy, structure, programmes and partnership with the private sector to develop sport and strengthen the Olympic Movement."

A representative from the OCA added: "Organising a forum of this size and significance is not an ordinary task, and the fact that Cambodia has shown such organisational excellence is a clear pointer as to where the future is heading for the country.

"We are only too pleased in the OCA to extend all possible help in Cambodia's pursuit of the 2023 South East Asian Games."

It has also been announced that Cambodia will host a leg of the Fun Run Series, which aims to publicise and celebrate this year's Asian Games in Indonesia.

The first leg of the 31 fun runs took place in Pakistan in December last year, followed by runs in countries including Bangladesh, Qatar and Lebanon.

The NOCC have said that the upcoming fun run will be held in either the Kandal or Kampong Cham provinces.

The OCA have advised the NOCC to invite sporting celebrities, Paralympians and students to take part in the run, which ranges from two to 10 kilometres dependant on age and athletic ability.

The OCA will award medals and certificates for the run's top performers.