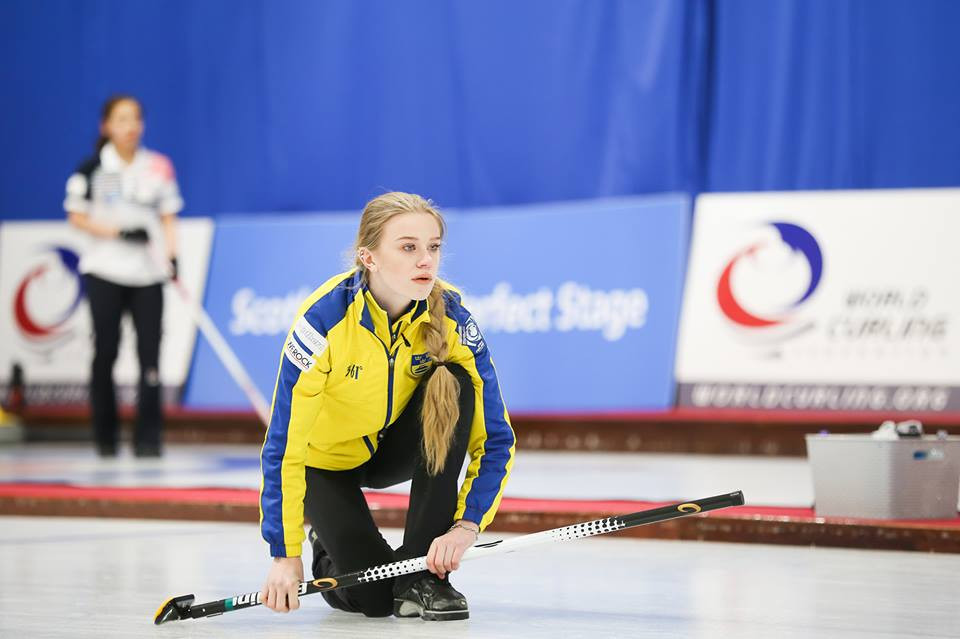 Defending women's champions Sweden were one of three unbeaten teams at the end of the opening day of the World Junior Curling Championships in Aberdeen.

They were joined at the top with two wins each by Canada and Russia after the first set of round robin matches.

Sweden had started their title defence at Curl Aberdeen with a 7-4 victory over South Korea.

Like the majority of players and other participants, the Swedes' travel plans were disrupted because of exceptional snow conditions in Scotland and around Europe.

Fortunately everything was in place for the Opening Ceremony where Britain's Olympic silver medallist and former world junior champion Tom Brewster threw ceremonial first stone to open the Championships for play.

Sweden's evening match against Switzerland went to an extra end.

With the score tied at 6-6 at the conclusion of the regulation 10 ends, Sweden's skip Isabella Wranaa drew her final stone of the extra end exactly onto the button to score one point to preserve her team's unbeaten record.

In another tight game, Russia beat United States by 7-6.

The Americans scored one point in the seventh end to tie the game at 6-6 and, following this, the Russians blanked the eighth and ninth ends before finally scoring the one point needed in the tenth end for the win.

Earlier, Russia beat Turkey by 9-2 in just eight ends, scoring three points in the eighth end to seal their win.

Canada, having beaten China 8-5 in their opening match, found Turkey much tougher opponents.

A score of one point in the ninth end, and a steal of two points in the tenth end gave Canada their eventual 8-5 win.

Hosts Scotland, having lost their first match 7-6 to Norway, bounced back to beat China 4-3 in their second game.

Defending men's champions South Korea begun the defence of their title with a 10-4 victory over Germany.

Scotland opened their campaign with an 8-6 win over Norway as the men started with a single session.

Their skip Ross Whyte drew his last stone of the sixth end into the house to score three points for a 6-4 lead and setting up the victory.

Last year's silver medallists, the US, faced Russia in their opening match.

In a close affair, America's skip Andrew Stopera came up short with his final draw of the 10th end, allowing Russia to steal point to tie the game at 5-5 and force an extra end.

The US had the last stone advantage in that extra end and when Russian skip Aleksandr Bystrov came up short with his final draw, America scored three points and won by 8-5.