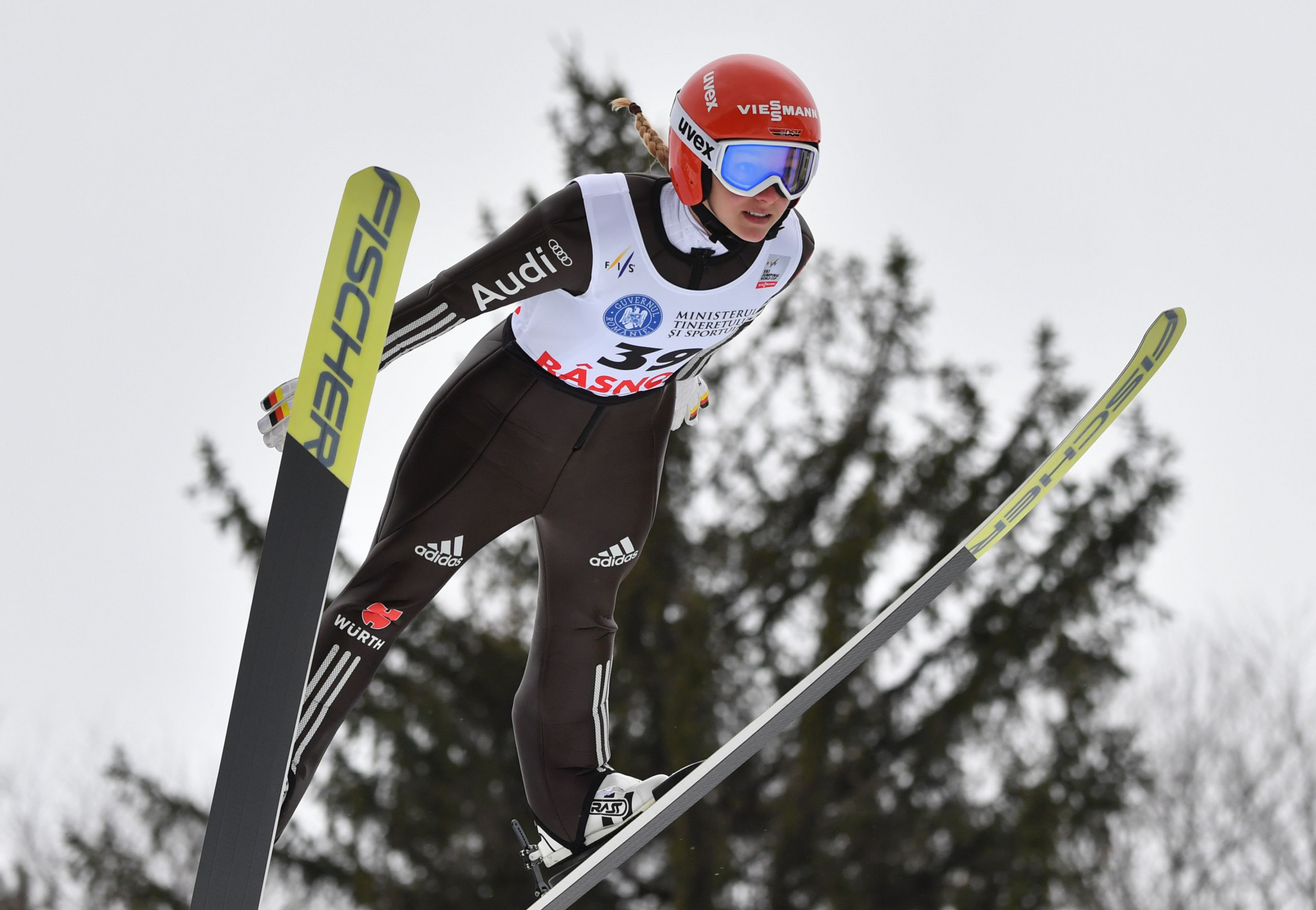 Germany's Katharina Althaus sealed her third win of the International Ski Federation Ski Jumping World Cup season in a weather-affected competition at the latest leg of the campaign in Râșnov.

The Olympic silver medallist prevailed with a jump of 93.5 metres for a total of 118.6 points in the Romanian resort.

Only one jump was possible owing to difficult wind conditions as the second round was cancelled after two competitors had registered an attempt.

The result gives Althaus renewed hope of catching Lundby in the battle for the overall women's Ski Jumping World Cup title, although she remains some way adrift of the Norwegian.

The German now has 740 points, 280 behind Lundby with four competitions remaining this season.

"The jump in the competition was my best here and I had some luck with the wind.

"The conditions were not easy, but that's ski jumping.

"It's nice to be here in Râșnov again and I hope the conditions will be better tomorrow so we can have two jumps then."

There was further success for Germany at the men's event, held in Lahti, as they triumphed in the team competition with 1124.5 points.

Poland were second on 1113.2 points, while Norway did enough for third.