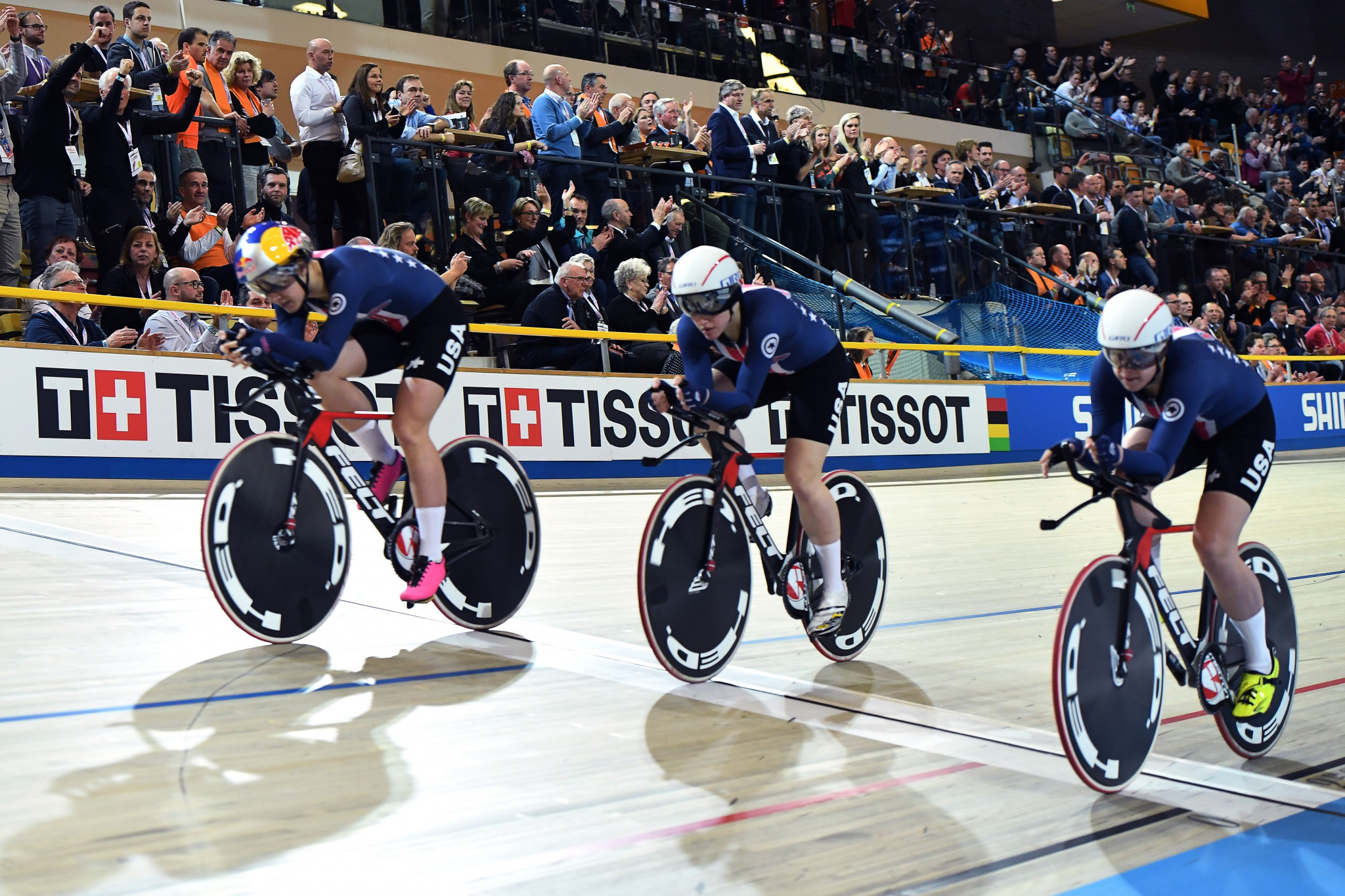 The American quartet of Jennifer Valente, Kelly Catlin, Chloé Dygert and Kimberly Geist had clocked the fastest times in yesterday’s qualification and today’s first round.

It left the defending world champions as narrow favourites over Olympic gold medallists Britain in the final, with the US settling their stall out early by making a blistering start.

They opened up nearly a one second lead over their rivals, but after losing a rider, their advantage turned into a deficit as Britain appeared to take control.

Britain’s team of Katie Archibald, Elinor Barker, Laura Kenny and Emily Nelson were unable to maintain the lead, with the latter eventually dropping off the back as the teams headed into the closing stages of the four kilometre event.

Dygert proved the driving force for the Americans in the final metres, as they came through to win in a time of 4min 15.669sec, with Britain second in 4:16.980.

Italy claimed the bronze medal, with their team of Elisa Balsamo, Letizia Paternoster, Simona Frapporti and Tatiana Guderzo finishing in 4:20.202 to beat Canada.

Britain would upgrade from their silver medal in the women’s event, to gold in the men’s team pursuit.

Their squad of Ed Clancy, Kian Emadi, Ethan Hayter and Charlie Tanfield finished in a time of 3:53.389 to win the final, with Denmark settling for silver in 3:55.232.

Italy finished the bronze medal ride in a time of 3:54.606, with their team ending two seconds clear of Germany to complete the podium.

Belarus’ Yauheni Karaliok clinched gold in the men’s scratch race, prevailing from a three-man group which escaped and then lapped the field.

Colombia’s Fabian Hernando Puertas earned victory in the men’s keirin final, upgrading from his silver medal for 2017 in Hong Kong.

Japan’s Tomoyuki Kawabata ended as the runner-up this time around, while Maximilian Levy of Germany took the bronze.