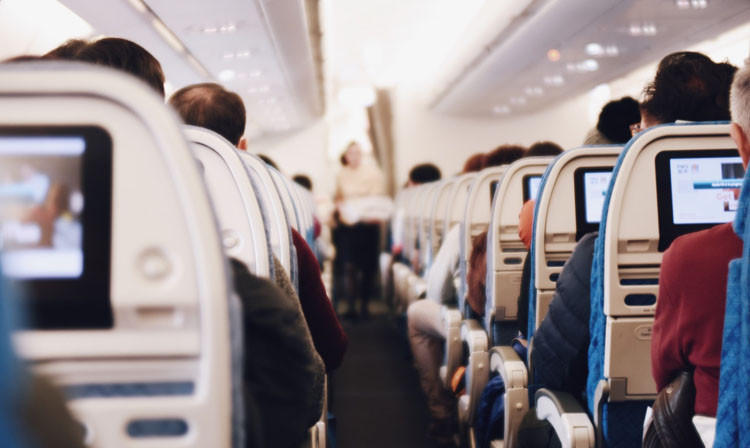 The class, held in an aircraft cabin simulator by International Sambo Federation (FIAS) executive director Sergey Tabakov, was designed to give future flight attendants and other personnel self-defence techniques without weapons to use in emergency situations.

The idea is the brainchild of FIAS President Vasily Shestakov, who has proposed his sport to a number of worldwide airline operators following a reported increase in cases of disorderly conduct on aircraft.

The latest class at Vnukovo's Educational and Training Centre comes after a similar demonstration for stewardesses of Russian airline Pobeda.

Natalia Katkova, the director of the Training Centre, believes the classes are worthwhile.

"Owing to increased cases of disorderly conduct aboard the planes, the necessity of these classes has grown pretty urgent," she said.

"The objective of this training is to help crew members develop some basic skills at self-defence that in a critical situation would allow them to protect not only themselves but first of all our passengers, even to save their lives."

"Given that the incidents might occur during a flight, the risk is specifically high, as an aggressive behaviour of a single passenger could threaten lives of hundreds of other passengers and cabin crew members alike.

"Unfortunately, we are unable to predict what exactly might come into a passenger's head intoxicated with alcohol or whatever else.

"The consequences might be unexpectedly different, from unmotivated aggression aimed against the other passengers to an attempt to open a door during the flight.

"Therefore, we ought to be ready for such challenges, a need to immobilise a troublemaker."

Tabakov, who is also an honoured coach of Russia in sambo, described the classes.

"This course is mostly targeting students who will become cabin crew members in future," he said.

"We have been modelling situations that might occur aboard a plane, as well as working through various methods of counteraction.

"It was rewarding that the cabin crew members who attended our class as observers found these skills highly helpful."

Anna Ryzhova, one of the students at the class, said: "We are living in an insecure world, and therefore some self-defence skills might prove useful not only aboard an aircraft but also in daily life.

"One never knows what would happen in an hour or in a day."