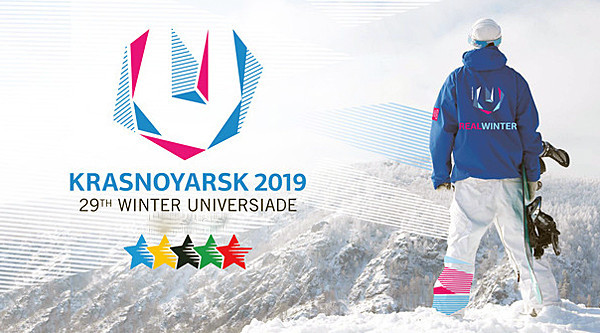 Physicians set to work at the Krasnoyarsk 2019 Winter Universiade have sought advice from colleagues who worked at the 2013 Summer Universiade in Kazan.

A seminar was held which centered around how medical specialists will best ensure athletes' health at next year's event in the Russian city.

Dmitry Lopushov, head of the Medical and Sanitary and Epidemiological Support Division of the Directorate of the Summer Universiade 2013 in Kazan, told his Krasnoyarsk colleagues that protecting the health of athletes, coaches, officials and fans at a major event begins as soon as they arrive at the airport.

"A specialist from sanitary and quarantine service is the first one to come on board of an aircraft that has arrived from abroad," he said.

"The specialist then carries out short examination of the passengers and can instantly detect sick persons among them.

"Additionally, remote thermometric devices are installed at the entrance to the airport.

"These devices measure a person's temperature from a distance.

"If there is fever, the sick person is isolated and given medical assistance, so spreading of the infection is prevented."

Maxim Suvorov, head of the Medical Care Department of the Directorate of the 2019 Games, added that Krasnoyarsk staff will undergo medical examinations and be offered vaccinations.

"In regards to the volunteers, awareness-raising work will be carried out," he said.

"No-one will be coerced into vaccination, but it will be explained to them that they are responsible not only for their own health, but for the condition of the persons they communicate with."

The International University Sports Federation have also confirmed that, in the final year leading up to Krasnoyarsk 2019, physicians will work out the best ways to provide assistance to athletes during competition.

Alexey Smirnov, deputy head of the Medical and Sanitary and Epidemiological Support Department of the Direсtorate of the 2013 Summer Universiade in Kazan, is confident that there will be no problems at Krasnoyarsk 2019.

"Analysing our colleagues' preparations for the Winter Universiade 2019, we understand that they are working in the right direction," he said.

"I believe there will be no emergency situations or drawbacks."

Krasnoyarsk is undergoing several test events this year in preparation for the 2019 Universiade, which will include the testing of medical facilities at the venues alongside the sporting competitions.