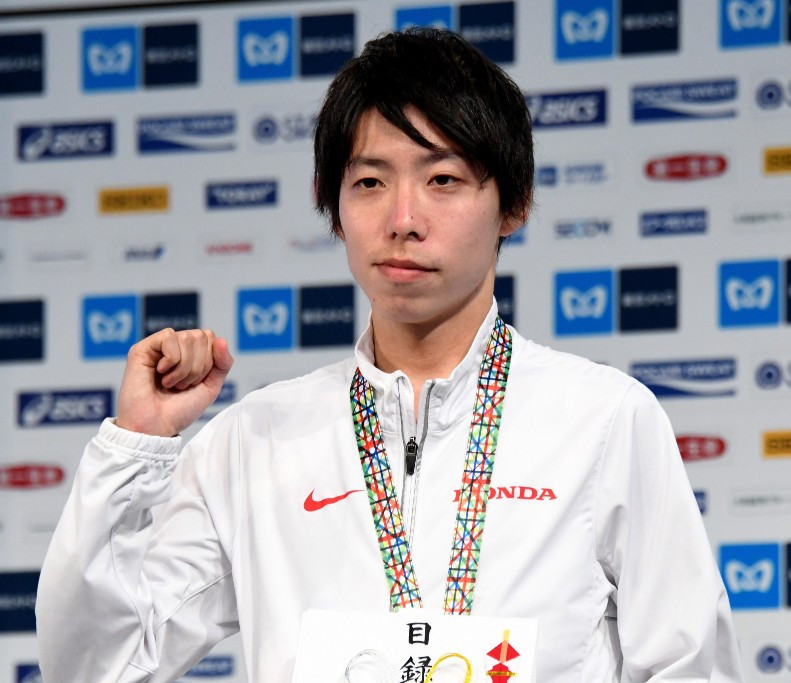 Dickson Chumba of Kenya and Ethiopia’s Birhane Dibaba won the men’s and women’s titles in the Tokyo Marathon - but the main focus fell on Wilson Kipsang, supposedly hunting a world record, who dropped out after 15km, and home runner Yuta Shitara, who earned one of the sport’s largest paydays in claiming 100 million yen ($936,000/£670,000/€761,000) for a Japanese record.

The 35-year-old Kipsang, who had displayed his target time of 2 hours 02min 50sec - seven seconds inside fellow Kenyan Dennis Kimetto’s world record - at the pre-race press conference, appeared to be suffering from a stomach problem as he dropped out just over a third of the way into the race.

It was the second time in two years that Kipsang, who set a world record of 2:03:23 in 2013, has suddenly stopped running in a World Majors marathon, having failed to finish in Berlin last September.

Shitara, 26, produced scenes of high excitement at the finish, with the crowd chanting his name as he finished a jubilant second in 2:06:11 to claim the bonus offered through the Japanese Corporate Track and Field Federation’s "Project Exceed" for anyone who could break the national record of 2:06:16 set by Toshinari Takaoka at the 2002 Chicago Marathon.

Trailing six runners with just under 10km to go, Shitara ran like a man possessed to pass all but one of them.

Despite looking back half-a-dozen times after moving into second, by the time he made the final turn toward the finish it was clear Shitara was about to make history.

After raising his fist in celebration he collapsed, considerably richer, to the groumd.

Among those he had overtaken was another Japanese runner striving for the "Project Exceed" jackpot, Hiroto Inoue, eventually fifth in 2:06:54.

Shitara made his marathon debut in Tokyo last year and reached the halfway point on world record pace.

Even though he faded a little in the second half, he was still rewarded with a time of 2:09:27, which he reduced to 2:09:03 in Berlin last September.

His fellow Kenyan Amos Kipruto was third in 2:06:33, ahead of compatriot Gideon Kipketer, who clocked 2:06:47.

Finishing one place behind Inoue was Ethiopia’s Rio 2016 silver medallist Feyisa Lilesa in 2:07:30.