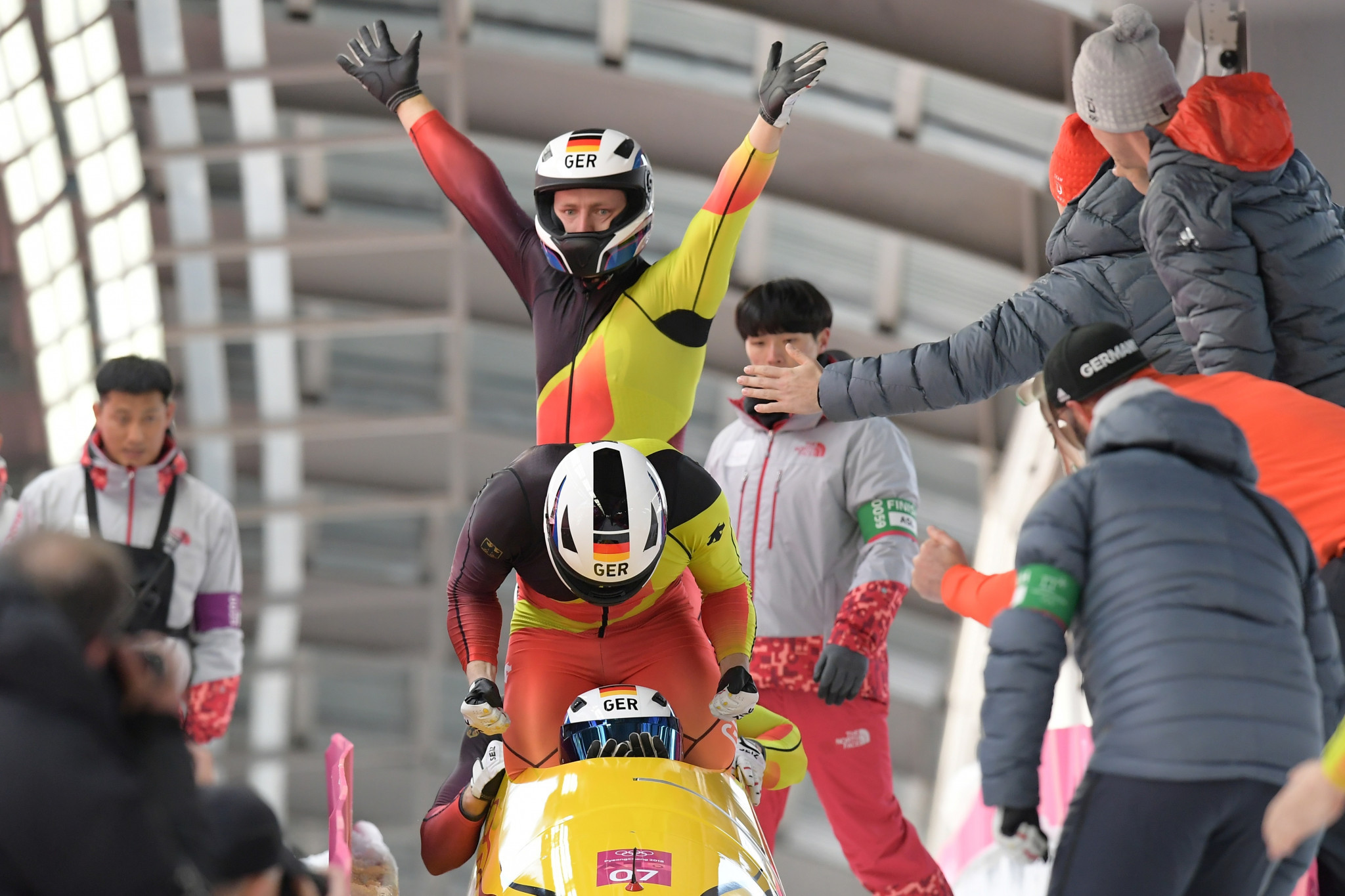 Multiple world champion Francesco Friedrich led his team to victory in the four-man bobsleigh event as Germany completed a clean sweep of the sport’s gold medals at Pyeongchang 2018.

The German quartet, which also featured Candy Bauer, Martin Grothkopp and Thorsten Margis, finished with a combined time of 3 min 15.85sec after completing their third and fourth runs today at the Olympic Sliding Centre.

Despite their fourth run of 49.54 being their slowest, the team still ended up 0.53 seconds ahead of Won Yunjong’s South Korean team, who tied with the second German team led by Nico Walther for the silver medal.

Germany failed to make the podium in the four-man event at Sochi 2014 and Friedrich was keen to make sure that history did not repeat itself.

"It was so frustrating in Sochi," he said.

"Winning a medal was our big target and making sure we didn't make the same mistakes.

South Korea’s silver is their first in bobsleigh.

"I couldn’t believe it," Won said about crossing the finish line.

"It was only in my imagination - I was so happy with the results.

"We did a lot of preparations and tests over the season, and the preparation was very thorough.

"That led to good results in the end."

Germany also won Pyeongchang 2018 gold in the two-man event as Friedrich and Thorsten Margis shared the top of the podium with Canada’s Justin Kripps and Alexander Kopacz.

The country then went onto triumph in the women’s event courtesy of Mariama Jamanka and Lisa Buckwitz.