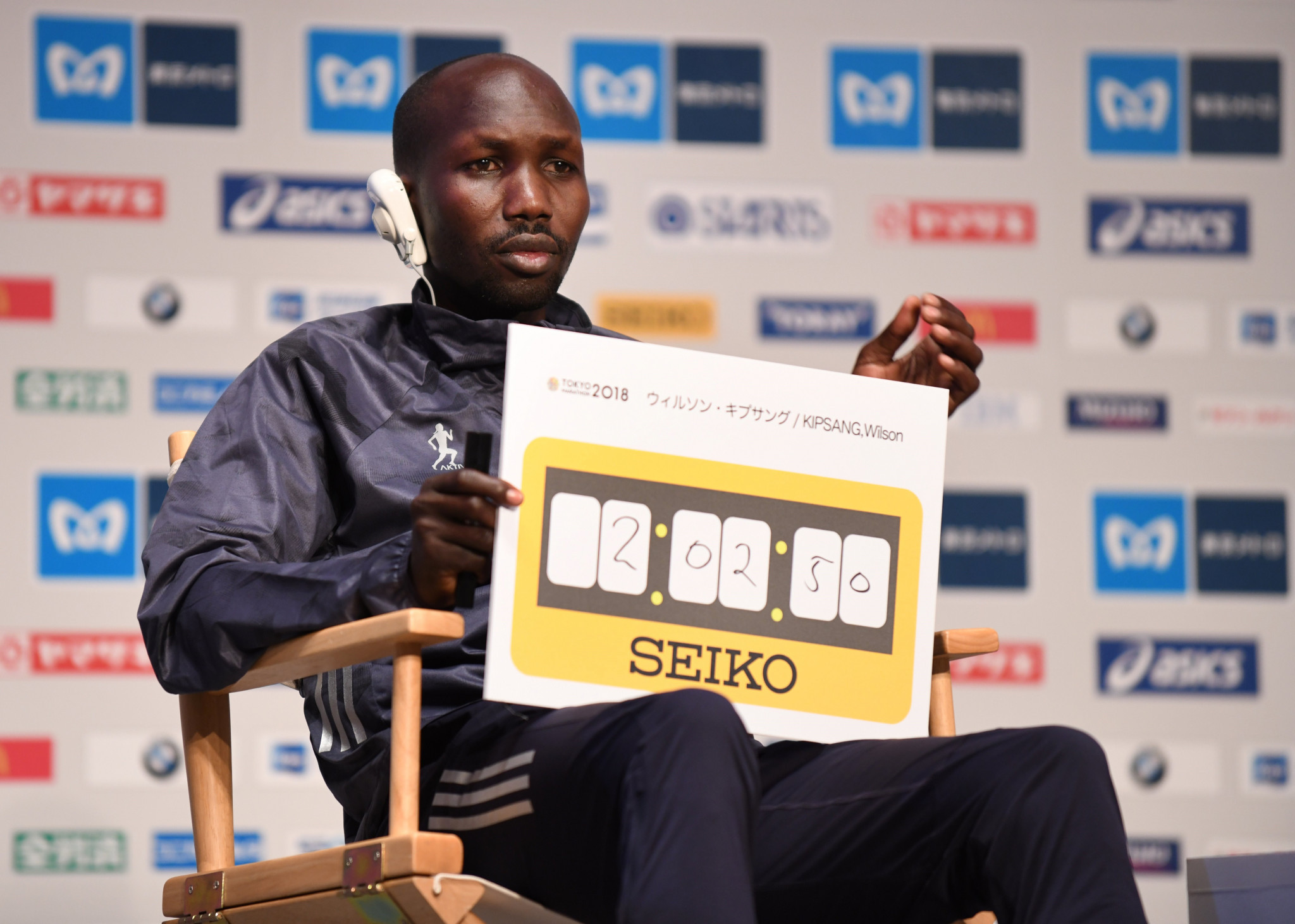 Defending champion Wilson Kipsang is favourite to retain his Tokyo Marathon title tomorrow - and has displayed his target time of 2 hours 02min 50sec, seven seconds inside the world record, at the pre-race press conference

Even if that proves a time too far for the 35-year-old Kenyan, the course record of 2 hours 03min 58sec he set last year looks in peril in the first of this year’s World Marathon Majors series.

Kipsang, a previous world record holder thanks to his 2014 Berlin victory in 2:03:23, lowered his personal best to 2:03:13 in following Ethiopia's Kenenisa Bekele home in the same city two years ago, and he will toe the line in Japan in fine form.

Kipsang was on world record pace in this race last year for the first 30 of the 42.1 kilometres and won with a time that was also an Asian all-comers’ record, becoming the first man to record four sub 2:04 marathons.

He made another attempt at the world record in Berlin last September and was again on pace after 30km, but with two others ahead of him - Kenya's Eliud Kipchoge and Ethiopia's Guye Adola - he dropped out.

There is no other male entrant in Tokyo to have run to within a minute of Kipsang’s best but there will be estimable opposition nevertheless in the form of three men who have bettered 2:05 - fellow Kenyan Dickson Chumba, Tokyo winner in 2014, and the Ethiopian pair of Tsegaye Mekonnen and Feyisa Lilesa.

The latter was 2016 Tokyo champion and went on to attract world attention in taking silver at the Olympics in Rio de Janeiro as he raised crossed arms above his head at the finish in a gesture of solidarity with those protesting against ethnic killing of his own Oromo people in his home country.

Lilesa has since been based in the United States but has struggled to reach his 2016 levels of form thus far.

Last year Japan’s half-marathon record holder Yuta Shitara got to halfway on world record pace before dropping back, and Shitara – who has since run 2:09:03 in Berlin - is back again.

In the women’s race, Amy Cragg - a bronze medallist for the United States at last year’s International Association of Athletics Federations World Championships in London - will be seeking to take a significant chunk off her personal best of 2:27:03

Gavourite for the race, though, is Ethiopia’s 24-year-old Ruti Aga, who ran a personal best of 2:20:41 at Berlin last year.

Also likely to figure are Aga’s compatriots Shure Demise and Birhane Dibaba, and Kenya’s Purity Rionoripo, who has the second fastest personal best of the field in 2:20:55.