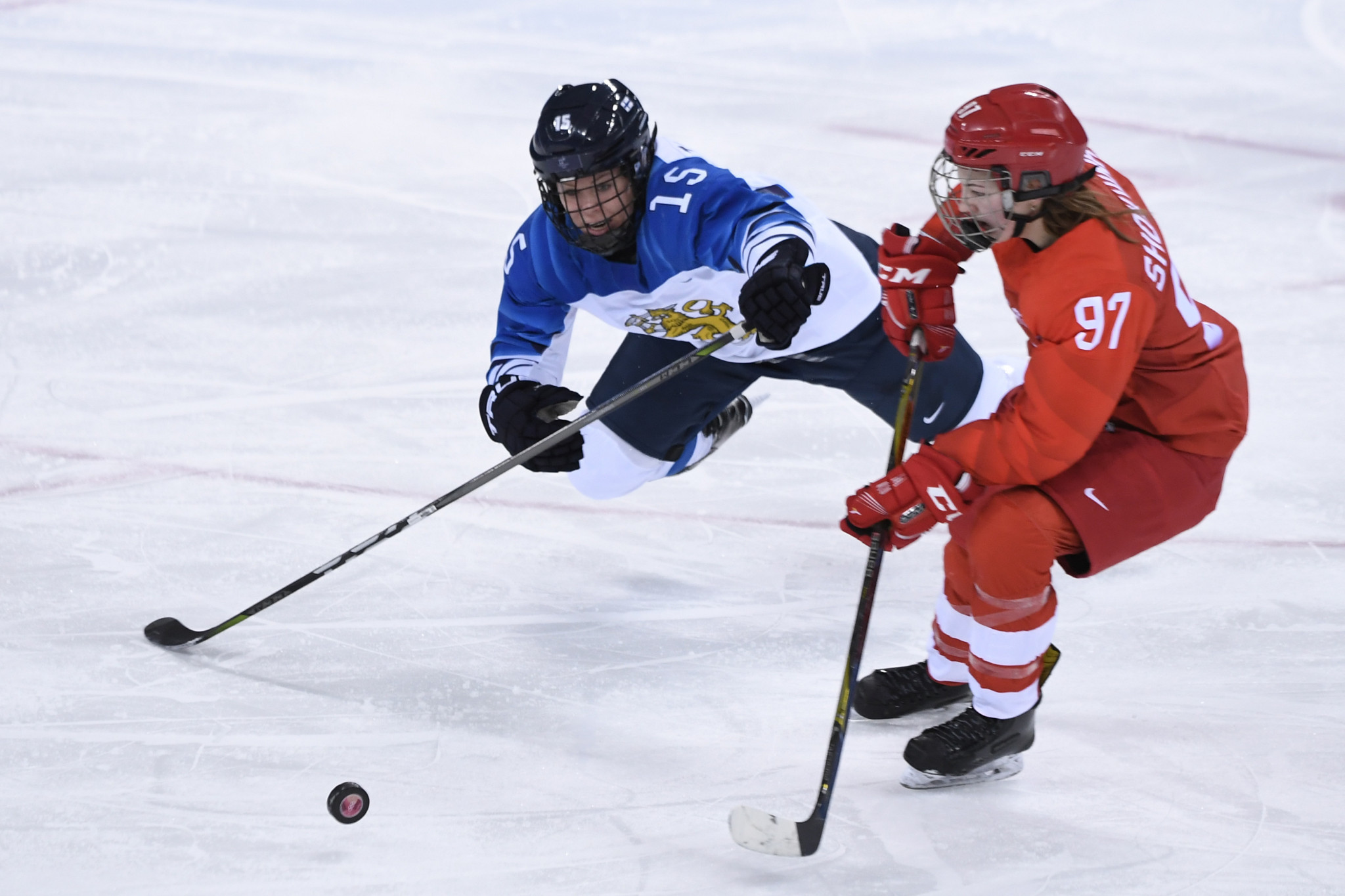 Russian ice hockey player Anna Shokhina, cleared of wrongdoing by the International Olympic Committee (IOC) Disciplinary Commission in December following an investigation into alleged doping at Sochi 2014, has been suspended for two games for a kicking infraction during the women’s bronze medal game at Pyeongchang 2018.

The incident happened after the game against Finland, who won 3-2.

Finland’s Minnamari Tuominen was skating away when Shokhina made a swinging motion with her right foot directed to her opponent's foot and leg area.

The International Ice Hockey Federation (IIHF) disciplinary panel determined that the swinging motion was a direct kicking motion and while Shokhina "probably did not intend to injure her opponent, the evidence establishes she did intend to kick her, leading to the rule violation".

She will miss the first two games of the 2019 World Championships in Finland.

They have all been disqualified from Sochi 2014 and banned from competing at all future editions of the Olympic Games.

The sanctions meant the entire Russian ice hockey team was disqualified and their sixth-place result at the Games annulled.

It had been claimed that two of the seven ice hockey players, Shibanova and Smolentseva, were accused of submitting samples showing readings that were physically impossible to be held by a woman.

A total of 169 Russian athletes were cleared to compete here by the IOC.

They were forced to participate as neutrals as part of an IOC sanction for the nation's "systematic manipulation" of the anti-doping system at Sochi 2014.