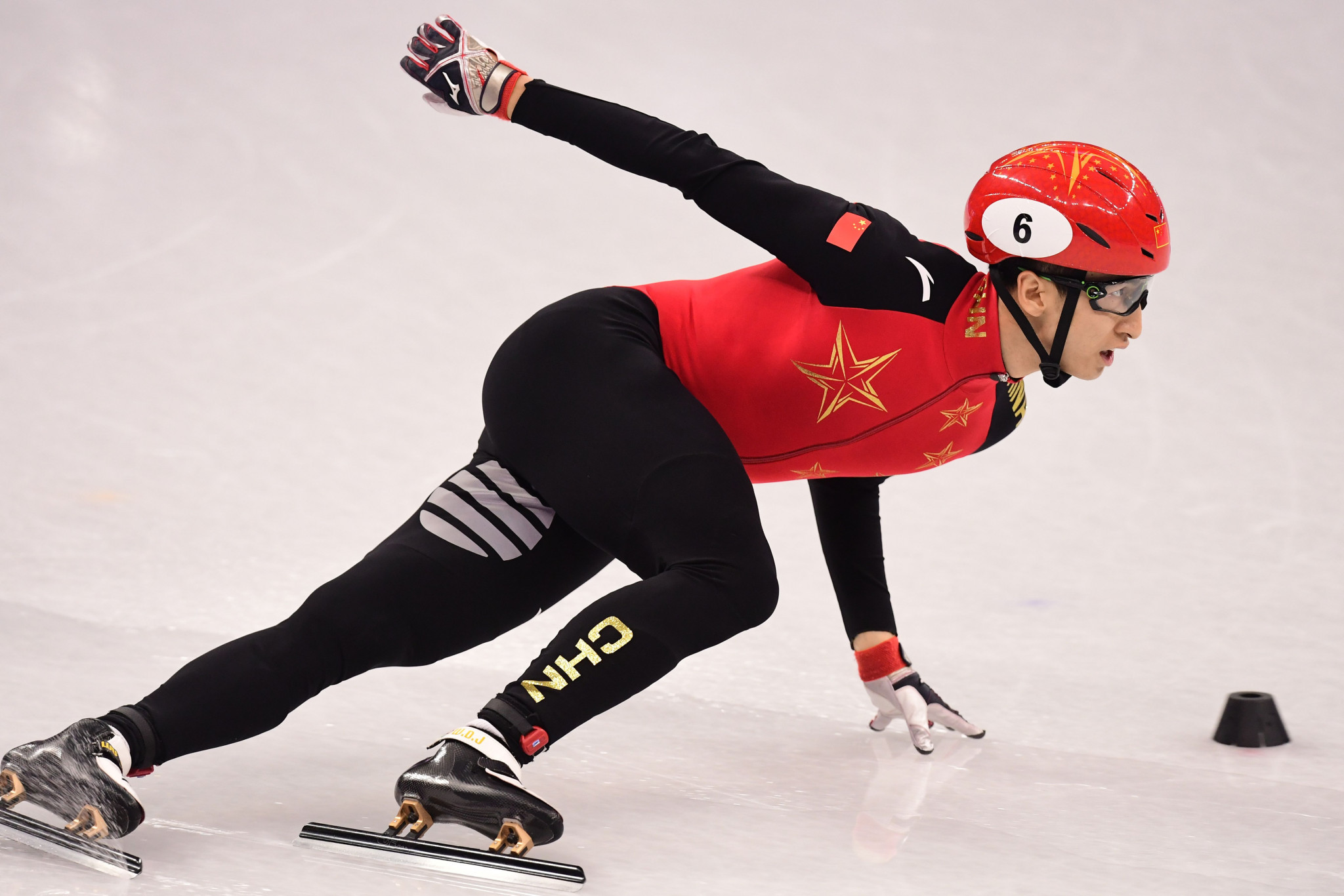 There was also a chaotic ending to the other final held as part of the final short track session at Pyeongchang 2018 as Suzanne Schulting of The Netherlands secured the women's 1,000m honours in a crash-ridden race.

Wu ended a run of Olympic near misses as he clocked a blistering 39.584sec to break the world record of 39.800 he had set in his quarter-final.

The time from the 23-year-old Chinese star saw him finish comfortably in front of South Korean duo Hwang Dae-heon and Lim Hyo-jun, who took silver and bronze respectively.

Wu was a member of the China team which earned the silver medal in the 3,000m relay.

He crossed the line in second in the 500m at Sochi 2014, where he also claimed relay bronze.

The men's 5,000m relay brought the short track events at Pyeongchang 2018 to a thrilling conclusion as Hungary stunned China with an Olympic record time to win just their seventh Winter Games medal and first gold in any sport.

All of their other podium results had come in figure skating.

Sandor Liu was tasked with skating the final leg and he justified the decision of his team by timing his sprint for the line to perfection.

The turning point came at the midway stage of the race as a huge error from the South Korean team ended their chances of adding to their gold medal tally at their home Games.

Canada, whose team featured Samuel Girard, Charles Hamelin, Charle Cournoyer and Pascal Dion, were the main beneficiaries of the South Korean mistake as they came through to take bronze.

Schulting was another skater to taste Olympic glory for the first time in her career as she kept clear of any incident to finish in a time of 1:29.778.

Canada's Kim Boutin crossed the line in second to earn her third medal at Pyeongchang 2018, while 500m champion Arianna Fontana of Italy ended with bronze.

The crown looked to be heading the way of South Korea as double Olympic champion Choi Min-jeong and Shim Suk-hee were well poised on the last lap.

As the duo came around the final bend, Shim collided with Choi and both skaters fell onto the ice, prompting shocked gasps from those inside the arena.

The crash ended any hopes of either Shim or Choi securing the host nation's fourth short track gold medal of the Games.