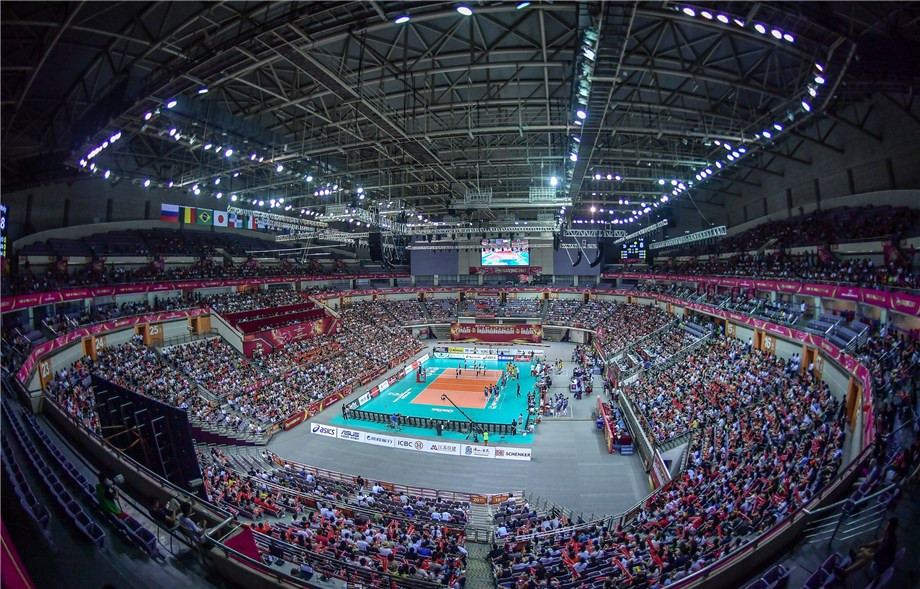 Chinese city Nanjing has been selected as the host for the first-ever International Volleyball Federation (FIVB) Women's Volleyball Nations League Finals, which will take place from June 27 to July 1.

The tournament, which will be hosted at the 13,000-seater Nanjing Olympic Sports Centre for the next three years, will see six teams compete for the title.

The Nanjing Olympic Sports Centre was the main venue for the 2014 Summer Youth Olympic Games, whilst it also has experience of hosting volleyball events, having held the FIVB Volleyball World Grand Prix Finals in August 2017.

FIVB President Ary Graça said the passion of the local fans was a key element of the FIVB's decision.

"The Volleyball Nations League is committed to bringing the sport closer to the fans, and spectators in China never fail to create a fantastic atmosphere," he said.

"This brand new event will be a benchmark for sporting innovation and fan entertainment, and I am excited to witness this wonderful competition in action."

Jiangsu Authorities director Chen Gang added: "Over the years, Jiangsu Province has been devoted to increasing the popularity and quality of volleyball.

"In recent years, Nanjing has strongly supported the promotion of volleyball, and in 2017, the city successfully held two elite FIVB events - the Under-21 World Championship and the FIVB Volleyball Grand Prix Finals.

"In the New Year, Nanjing will hold another premier FIVB event - the Women's Volleyball Nations League Finals, giving fans in China another chance to enjoy the unique skill, athleticism and excitement of volleyball.

"With the support of the FIVB, Nanjing's economic strength and rich sports culture will surely see it become a 'volleyball city' with undoubted international influence."

Volleyball has seen a spike in popularity in China since the country's women's team won gold at the Rio 2016 Olympic Games.

The Volleyball Nations League is making its debut in both the men's and women's categories this year and will see 16 countries compete for each title.

The format will see 12 core teams and four challenger teams compete in a round robin format with each team playing in a minimum of 15 matches before the finals in Nanjing.

The FIVB Volleyball Nations League will be hosted in 35 cities in 21 countries with the Stade Pierre-Mauroy in Lille, France, hosting the men’s finals from July 4 to 8.