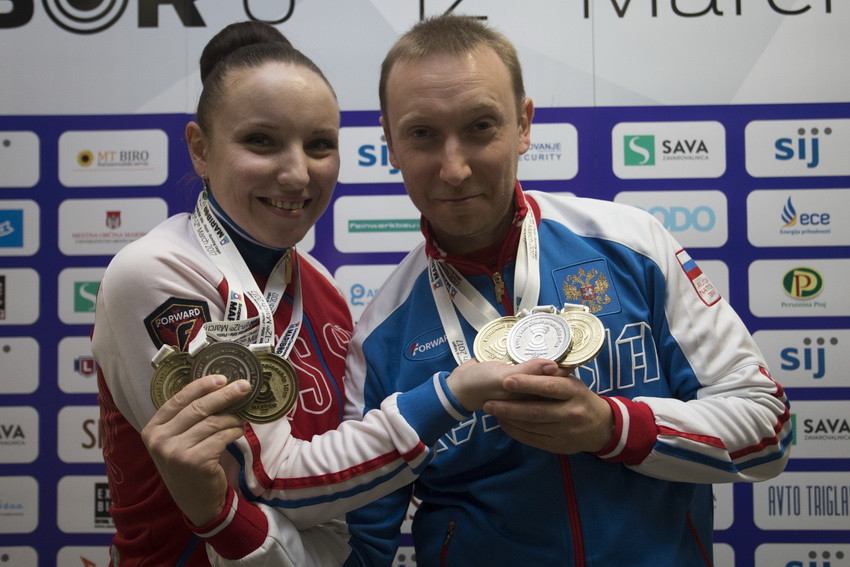 The mixed men's event was won by Vladislav Shchepotkin, who registered a total score of 388 after his four individual scores of 95, 97, 99 and 97 to ensure he defended the title he won at last year's tournament in Maribor, Slovenia.

His compatriot Maxim Stepanov, who won bronze in yesterday's standard 10m men's running target event, claimed silver thanks to a score of 386.

Laszlo Boros of Hungary gave the home fans something to cheer about as he finished in the bronze medal position on 385 points.

Her four shots of 99, 95, 90 and 97 gave her a final total of 381, two ahead of yesterday's gold medal winner Julia Eydenzon of Russia, who claimed silver.

Siblings Stepanov and Stepanova then combined to take the 10m running target mixed team title, beating compatriots Shchepotkin and Eydenzon in the final.

The Stepanovs had only scored 377.0 points after their initial four shots, compared to the 384.0 awarded to Shchepotkin and Eydenzon.