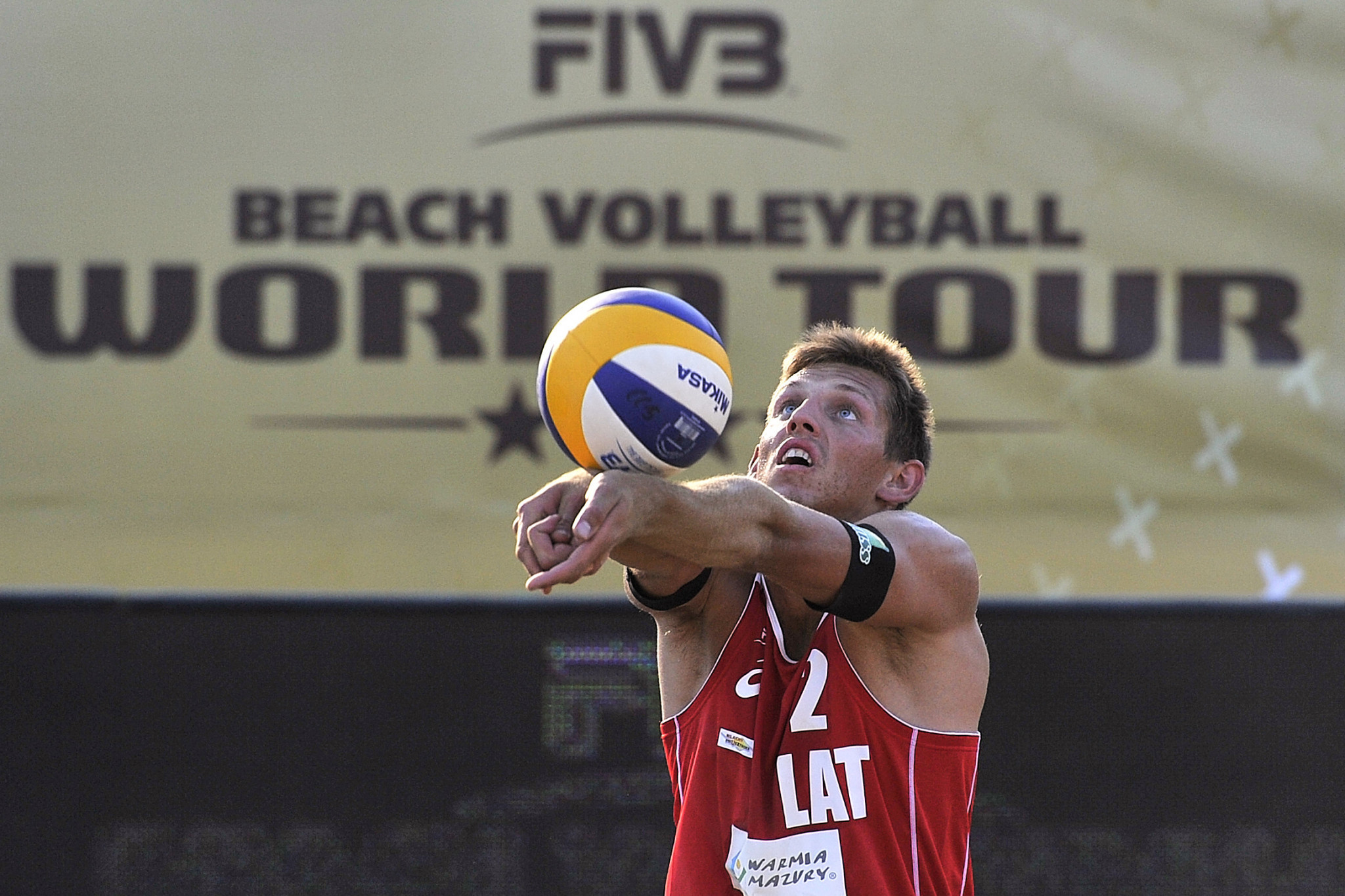 Several of the leading pairs at the International Volleyball Federation (FIVB) Beach World Tour secured comfortable wins as main draw action got underway at the three-star competition on Kish Island in Iran.

Latvia's Martins Plavins, a bronze medallist at the London 2012 Olympics, and his partner Edgars Tocs opened their campaign with a 21-11, 21-19 victory over Iranian duo Aghamohammad Salagh and Abolhamed Mirzaali before coming out on top against Norway's Mathias Berntsen and Hendrik Nikolai Mol 21-18, 21-13 to ensure they led Pool B at the end of the day's play.

Russia's Konstantin Semenov maintained the good start he made yesterday at his first competition since the Rio 2016 Olympics.

He and team-mate Ilya Leshukov dispatched United States duo Stafford Slick and Casey Patterson by an emphatic 21-13, 21-12 scoreline in their first game in Group H before defeating Austrians Cristophe Dessler and Robin Seidl 23-21, 21-19 in a much tighter affair.

Italians Alex Ranghieri and Marco Caminati made a good start to their Pool F campaign with 21-17, 21-16 and 21-17, 21-17 wins over Sweden's Martin Appelgren and Simon Boman and France's Maxime Thiercy and Arnaud Gauthier-Rat respectively.

Tiziano Andreatta and Andrea Abbiati were another Italian pair in good form and managed to secure two wins to put themselves top of Pool A, despite losing the first game in both of their matches today.

Arnas Rumsevicius and Lukas Kazdailis of Lithuania are sitting top of Pool G.

The tournament on Kish Island has long caused controversy as it is only open to male participants whilst an Iranian law introduced in 2012 supposedly bans women from attending games.

However, photographs have shown female fans attending the event.