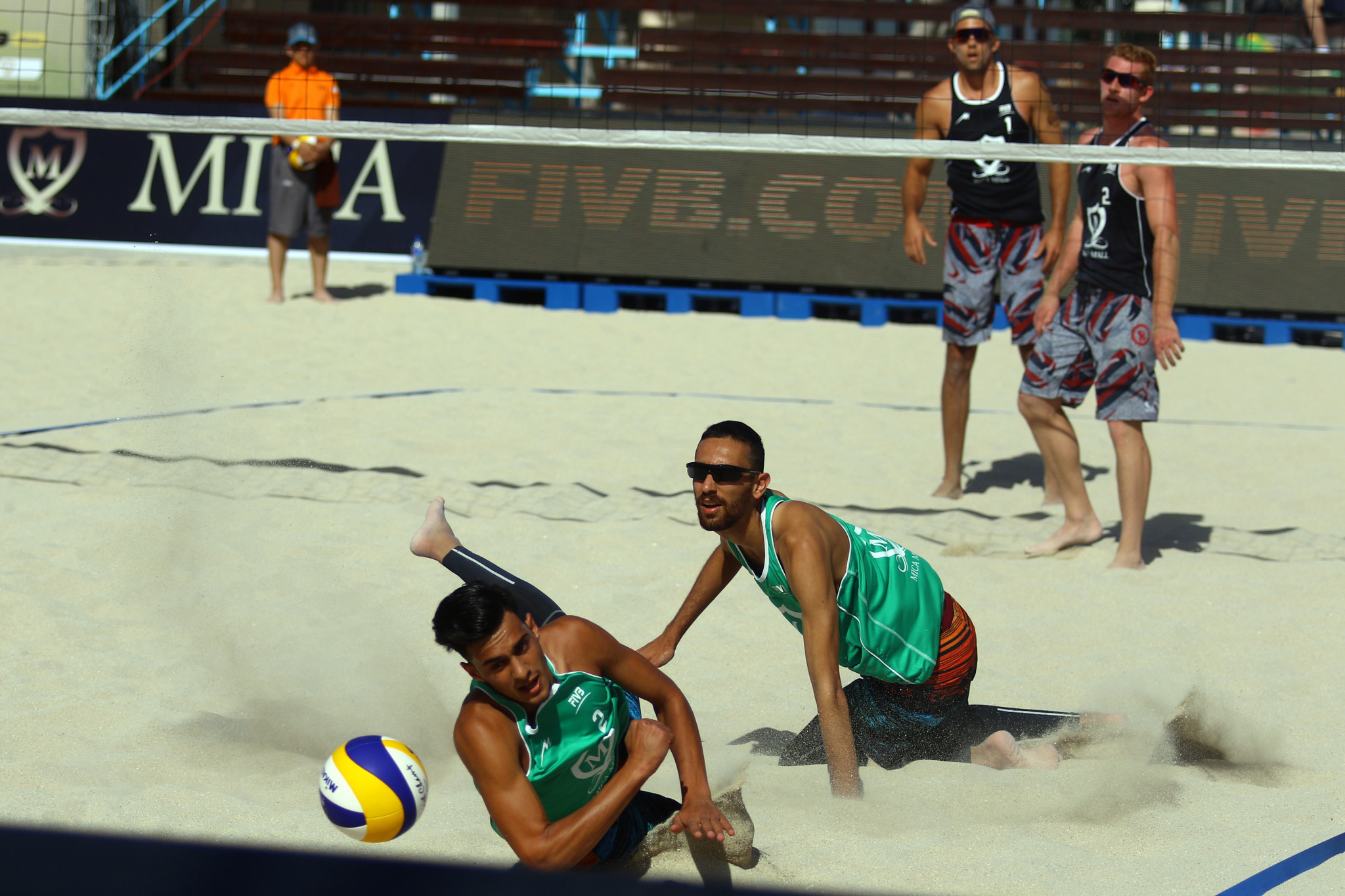 Iranian pairings lost all four of their matches as qualifying got underway at the International Volleyball Federation (FIVB) Beach World Tour competition on Kish Island.

The first Iranian team to take to the sand in the three-star tournament were Mohammadreza Shobeiri and Rasoul Khajeh, who were beaten 22-20, 21-14 by Indonesian duo Gilang Ramadhan and Danangsyah Pribadi.

Mohammad Sadeghi Malati and Alireza Afhajanighasab also failed to make the main draw as they lost against Trevor Crabb and Skylar Del Sol of United States by a 21-15, 21-16 scoreline.

They went down 21-13, 21-13 and 21-12, 21-15 to German duo Alexander Walkenhorst and Sven Winter and Estonian pairing Kusti Nolvak and Mart Tiisaar respectively.

Russia's Konstantin Semenov, who is making his first appearance since finishing fourth at the Rio 2016 Olympics, and Ilya Leshukov put in an impressive performance in their qualifying matches.

After helping his team qualify for the main draw, Semenov said: "After the Olympic Games, I had a long talk with my wife because it was very difficult to give time for my family because of competition and training, that is why I reconsidered playing volleyball.

"It was very difficult because I had some minor injuries on my leg.

"That convinced my wife that I should play the discipline that I love, which is beach volleyball.

"I am very happy that I am back playing beach volleyball.

"I will try to give 100 per cent in each match and each day.

"I am very happy to get two victories in the qualification round.

"I have a young partner, but we will try to be better and we will work hard to get medals."

The tournament on Kish Island has long caused controversy as it is only open to male participants whilst an Iranian law introduced in 2012 bans women from attending games.