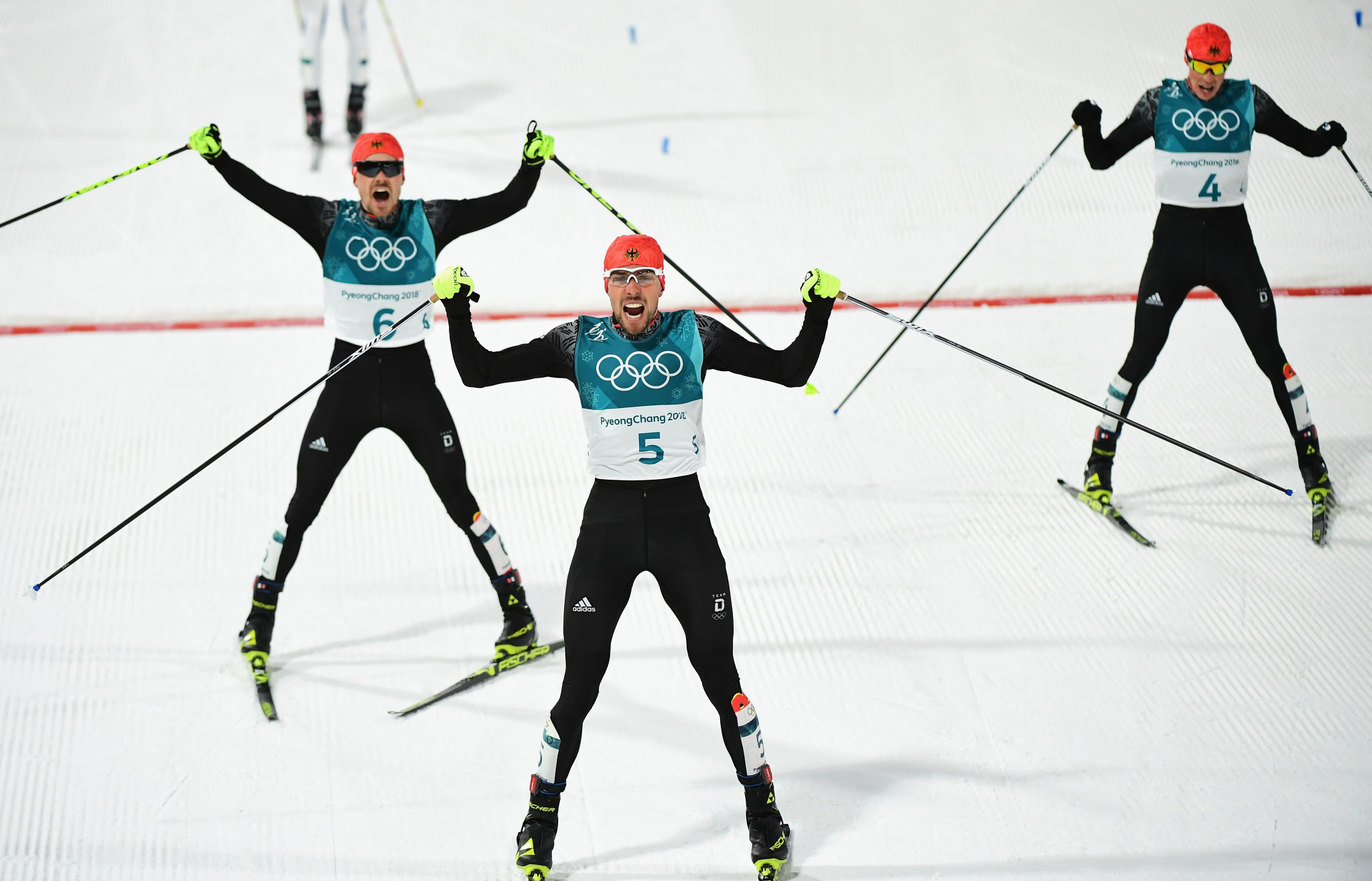 Despite ranking fifth in the ski jumping segment of the competition and starting the cross-country race 31 seconds behind leader Akito Watabe of Japan, Rydzek stormed to victory on the final-lap sprint with a time of 23min 52.5sec.

Riessle, the Sochi 2014 bronze medallist, finished 0.4 seconds behind, while Frenzel ended up 0.8 seconds back.

Watabe, who won the ski jumping with 138.9 points to give himself a one-second head-start over Riiber in the cross-country race, finished fifth overall.

He follows in the footsteps of the United States' Bill Demong, who achieved the feat in 2010.

"I knew I had the opportunity to win, but I knew also these five guys in the group could also win," Rydzek said.

"I had to put all my heart and all my power into the last climb and then also the last metres."

"My medals from Sochi will always be there," he said.

"No-one can take that away from me.

"So that's not something I think about a lot."

Rydzek’s victory secured Germany's second Nordic combined gold medal of Pyeongchang 2018 and 11th overall, taking them level with Norway at the top of the table.

Today was the first time that a country had recorded a medal sweep in Nordic combined since 1936, when Norway did so in the one event contested that year.

Nordic combined medal action at Pyeongchang 2018 is due to conclude on Thursday (February 22).

The team Gundersen large hill/4x5km event is scheduled to be held.