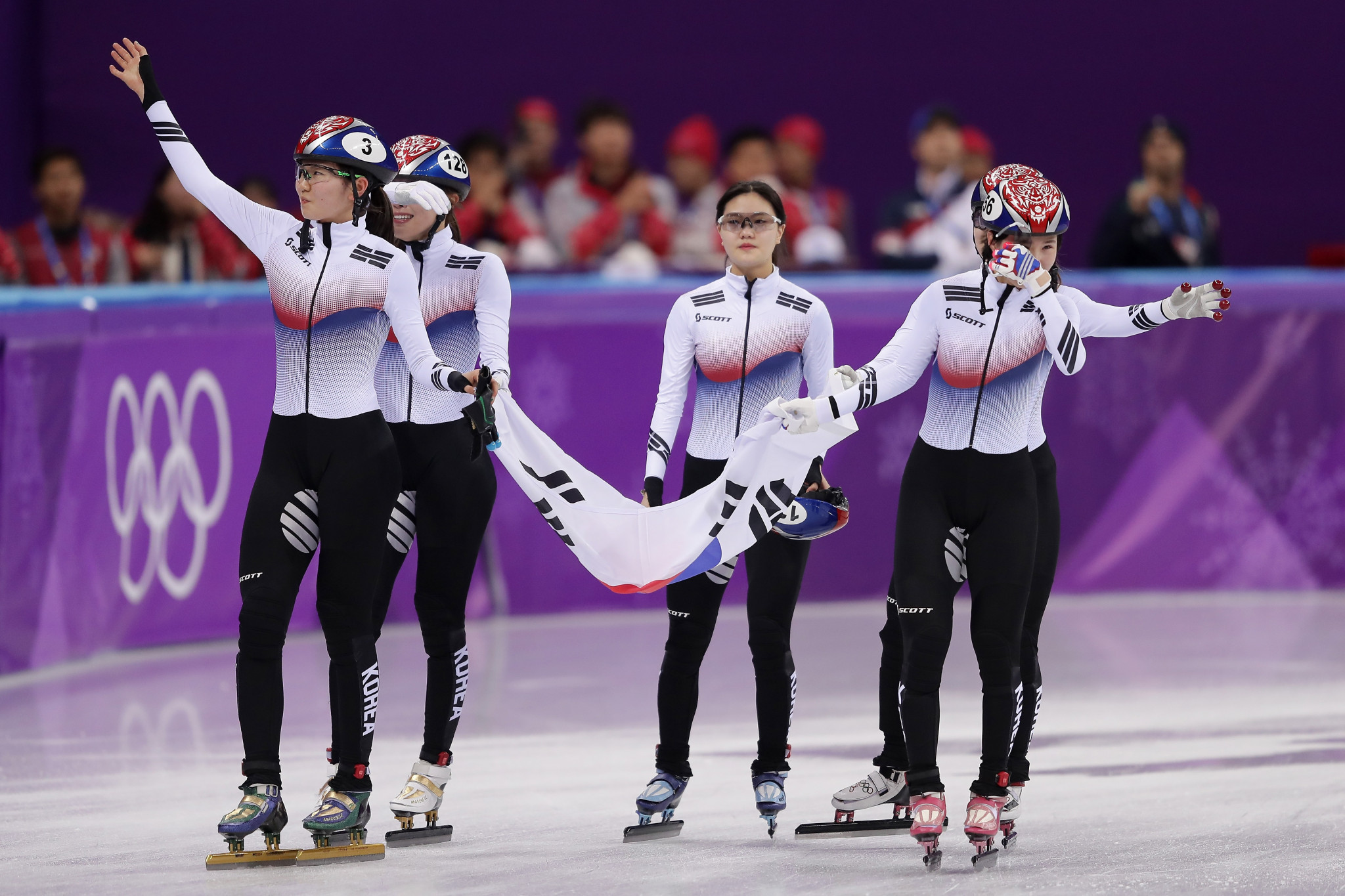 The quartet of Shim Sukhee, Choi Minjeong, Kim Yejin and Kim Alang clocked a winning time of 4min 07.361sec at the Gangneung Ice Arena, ensuring the successful defence of the crown their country won at Sochi 2014.

The drama came behind the host nation as second-placed China and fourth-placed Canada were disqualified, moving third-placed Italy up to the silver medal position and B final winners The Netherlands, who posted a world record time of 4:03.471, into the bronze medal position.

Late on in the A final, numerous skaters went down as the teams struggled to finish.

The standings were ultimately determined by the judges after a lengthy discussion.

"It was a very long race and a lot was happening," Shim said.

"We had to calm down and trust each other.

"That's what made the gold medal."

China's Zhou Yang and Li Jinyu questioned the decision to penalise their team.

"I didn't think there was a problem with what we did."

Li added: "We did not understand why the judges incurred this penalty.

"We didn't see a reason for this penalty."

The Netherlands lowered the world record mark of 4:04.222 set by South Korea in Salt Lake City in November 2016.

Short track speed skating medal action at Pyeongchang 2018 is due to conclude on Thursday (February 22).