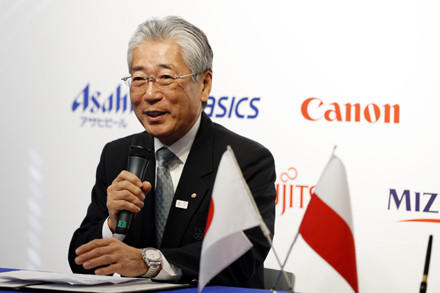 The National Olympic Committees (NOCs) of Japan and Poland have entered into a partnership agreement during Pyeongchang 2018 here.

The agreement has been put in place with the hope that young athletes, in particular, will be able to attain higher levels of achievement in the build-up to the Tokyo 2020 Olympic Games.

"This agreement concludes further deepening relations between the two countries in the sports field and we wish for the further development of the Olympic Movement," Takeda said prior to the signing ceremony.

Kraśnicki added: "I hope that friendly relations through sport, between the two countries, will continue in the future.

"It is important for us to have the opportunity to share experiences among sports, sports teams, culture and staff."

Early last year, a POC delegation, including Kraśnicki, met with representatives of the JOC during a trip to Takasaki where future cooperation and agreements between the two bodies were discussed.

Kraśnicki and Marzenna Koszewska, the director for the Olympics and international relations at the POC, were visiting the Japanese city after receiving a special invitation from Takasaki Mayor Kenji Tomioka.

They took part in the official Opening Ceremony of the multi-functional Takasaki Arena, where Kraśnicki handed out pieces by Polish artist Bogdan Wrzeciono and a "basketball player" sculpture carved by Professor Piotr Siwczuk.

Among those in attendance at the Ceremony were members of the Japanese Parliament and Japan Association of Athletics Federations President Hiroshi Yokokawa.

The POC's cooperation with the City of Takasaki was set up at the end of 2015.

It coincided with a visit by Tomioka and Takasaki representatives to the POC's headquarters, where a presentation was delivered on the then under-construction Arena.

Kraśnicki said here that the POC plans to exchange athletes as part of a project he wants to conduct with Takasaki.