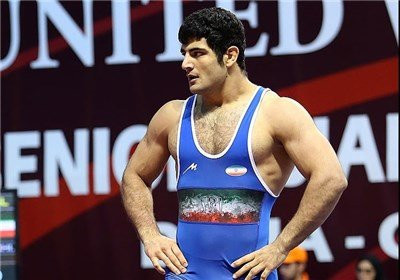 Iran are to protest against a decision by United World Wrestling (UWW) to ban one of its athletes and the national coach after he deliberately threw a match to avoid fighting an Israeli opponent.

It followed claims he had lost the quarter final of his under-86 kilograms freestyle contest at the 2017 Under-23 World Championships in Bydgoszcz on purpose so as to avoid Israel's Uri Kalashnikov in the next round.

Khadem blamed the ban on pressure from the International Olympic Committee, which he said was itself "under the influence of big political and economic powers of the world".

"During his six-month ban, Karimi Mashiani can take part in domestic competitions and in the final stage of the national team selection," said Khadem.

"His ban will be over before the 2018 Jakarta Asian Games [in August] and the World Championship [in Budapest in October]."

Teleivison footage showed Karimi leading in the match until his coach started shouting "Alireza, lose" from the sidelines.

After speaking with his coach he repeatedly rolled over to hand his opponent a dozen points and victory.

The Iran Wrestling Federation warned they would not change their policy should one of its competitors be drawn against an Israeli opponent in a later tournament.

The last time an Iranian took on a comeptitor from Israel was at an event in Kiev in 1983.

A statement on the Federation's website claimed such situations could be even "more serious and complicated" in future.

"It is hoped that a solution is thought of by competent authorities for resolving this issue," the statement said.