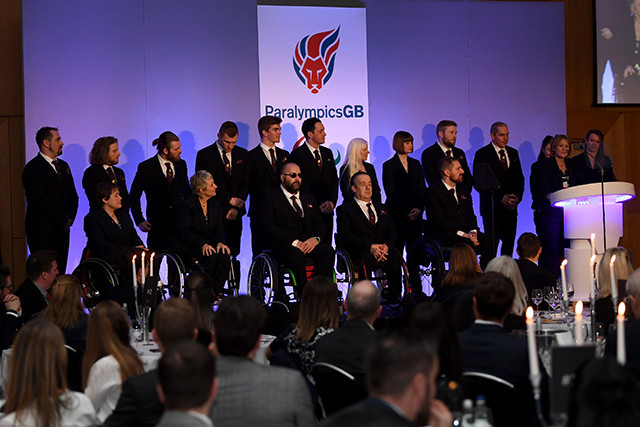 ParalympicsGB have held an official team launch as they build towards Pyeongchang 2018.

The event in Manchester brought together the 17-athlete squad for the first time, with the next time they all meet set to be at the Games, due to take place between March 9 and 18.

They were joined by para-skiers Christ Lloyd and James Whitley, along with Millie Knight and her guide Brett Wild.

Menna Fitzpatrick and Kelly Gallagher will also compete at the Games, with their guides Jennifer Kehoe and Gary Smith, respectively.

The team is completed by snowboarders Owen Pick, Ben Moore and James Barnes-Miller and Nordic skier Scott Meenagh, who was confirmed on the squad earlier this week.

Mayor of Manchester Andy Burnham and Manchester Central Member of Parliament Lucy Powell were among the dignitiaries in attendance at the event.

The launch event also saw the unveiling of this year’s ParalympicsGB formal wear designed by ASOS in a continuation of the partnership with the British Paralympic Association.

The partnership began prior to Rio 2016.

The formal wear is one of three outfits in a range designed by ASOS, which also includes a number of premium heritage pieces with bespoke branding.

They have also created the team’s Opening and Closing Ceremony wear.