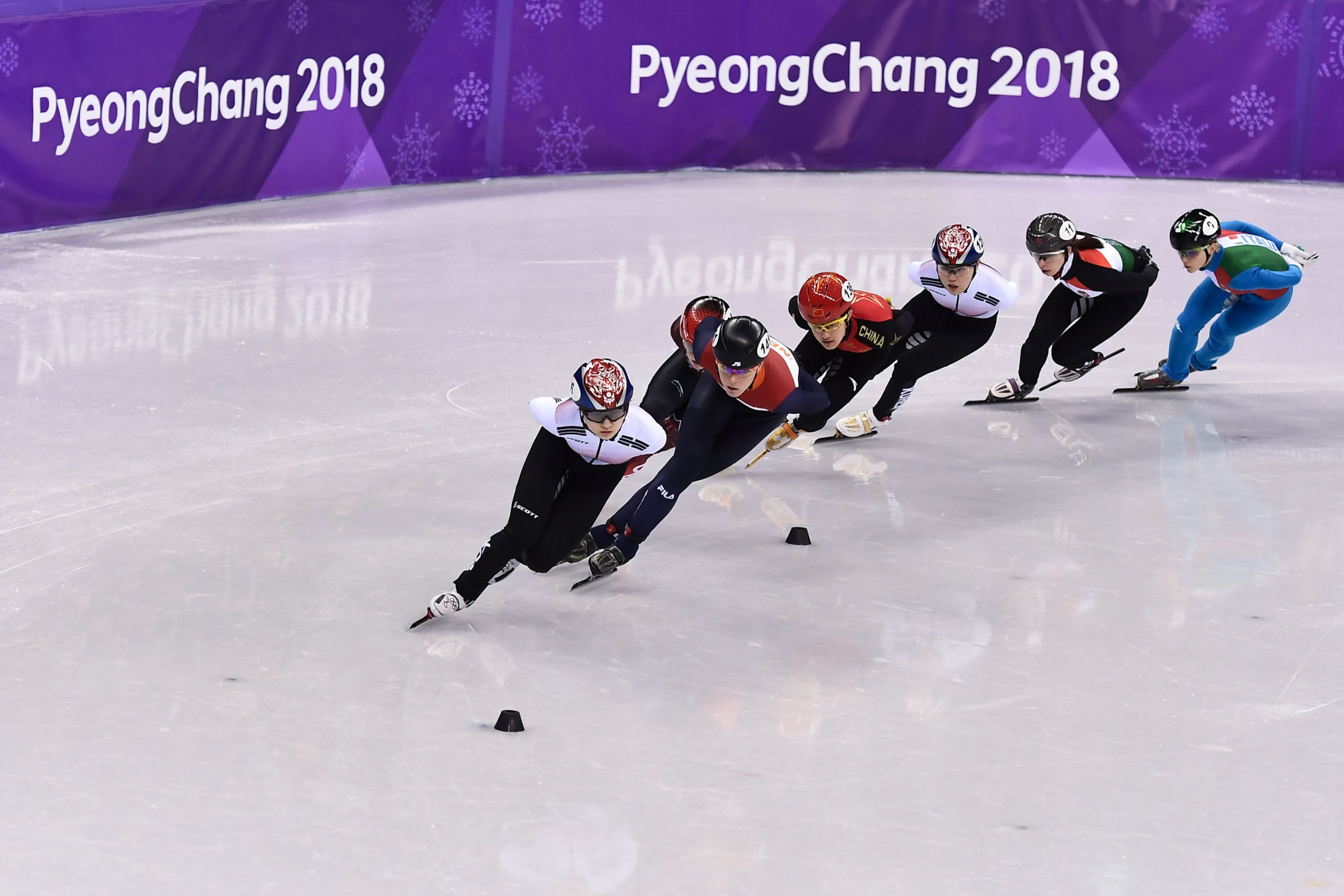 Choi, disqualified from the 500m earlier this week, produced a tactically-perfect performance as she broke away from the rest of the field before crossing the line in a time of 2min 24.948sec in front of a bumper crowd including South Korean President Moon Jae-in.

The 19-year-old multiple world champion finished comfortably ahead of the pack as Li Jinyu of China took the silver medal, clocking 2:25.703.

Canada's Kim Boutin, who received death threats after benefitting from Choi's misfortune in the 500m, added another medal to her collection with bronze.

All the focus was on the South Korean, one of her country's main podium hopes, and she did not disappoint as she clinched her first Winter Olympic Games medal.

Her triumph came after Britain's Elise Christie crashed out of her semi-final following a collision with Li.

Christie left the arena on a stretcher because of the crash into the barriers.

"It was the biggest dream of mine for four years, I can't put it into words," said Choi.

"Physically I am so burned out but inside I am so happy, so proud of my whole country."

Girard, a perennial World Championships medallist, finally got his hands on an Olympic gold medal as he edged American rival John-Henry Kruger in an incident-packed 1,000m final.

It had quickly become apparent it was a straight shoot-out between the two for the title but the drama was also unfolding behind them as a crash took out the remaining three skaters.

Liu failed to recover but Seo picked himself up and crossed the line third to claim bronze ahead of his team-mate.

Girard was fourth in his semi-final and only made the gold medal race after compatriot Samuel Hamelin was penalised.

He made sure he took full advantage of his reprieve to secure his first gold at either an Olympics or World Championships.