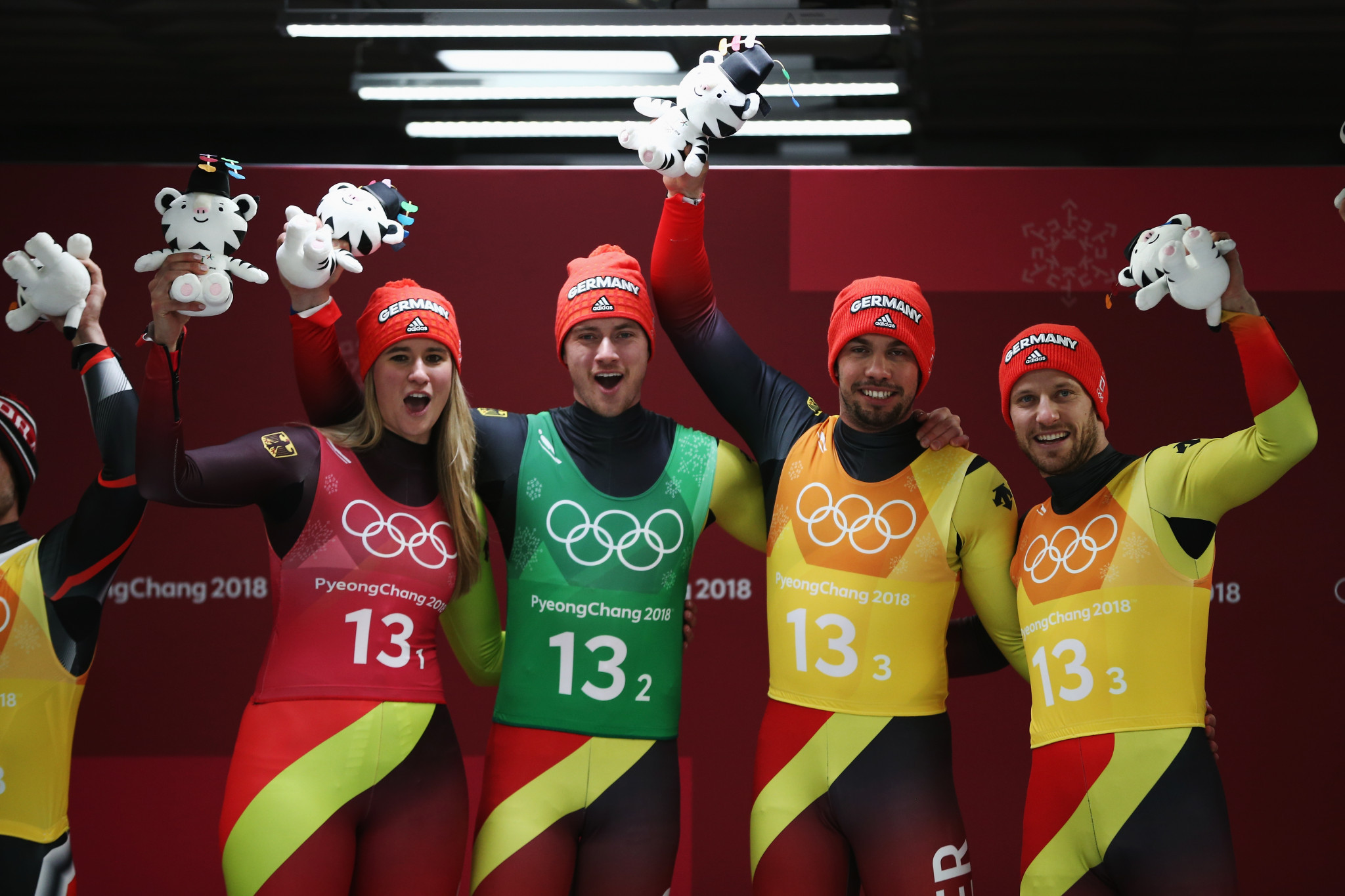 Germany underlined their dominance of the luge programme at the Winter Olympic Games here by successfully defending their team relay title at the Alpensia Sliding Centre today.

The quartet of Natalie Geisenberger, Johannes Ludwig and the Tobias Wendl and Tobias Arlt clocked a track record 2min 24.517sec to beat Canada by 0.355 seconds.

Alex Gough, Sam Edney and the doubles duo of Tristan Walker and Justin Snith appeared delighted with their silver medal as they knew it was always going to be a tough ask to defeatt the formidable Germans.

The Germans won three of the four luge gold medals on offer at Pyeongchang 2018, with the only blemish on their record coming when Felix Loch surprisingly faltered in the final run of the men's event on Sunday (February 11) and Gleirscher claimed the gold medal.

It was one medal less than they secured four years ago in Sochi, where they won all four golds.

"It's really amazing to stand again on the podium, on the top, to get the gold medal again tomorrow and we're just waiting for the moment when we get the medal and see the medal," she said.

"My run was good, and Johannes' run was also very clean.

"The doubles run was also perfect.

The format involves each nation field a men's, women's and doubles sled.

The race begins with a women's run and once they have finished, they touch a pad up above to release the gates to allow the men to begin.

The same process then follows for the doubles.