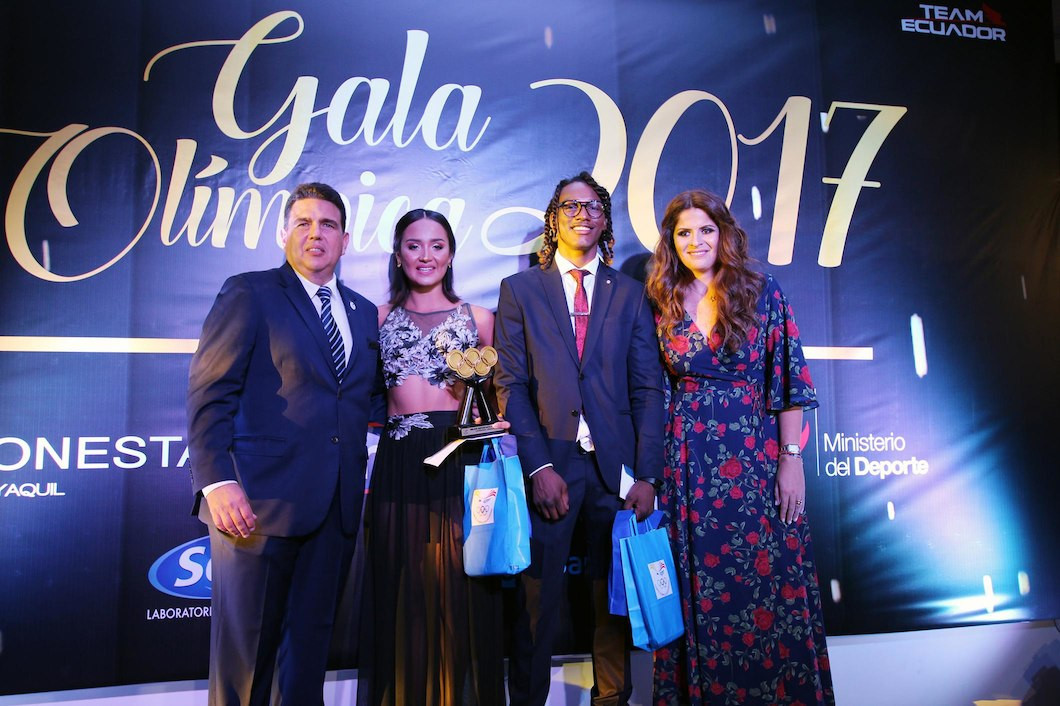 The Ecuador Olympic Committee (COE) honoured the country's best athletes of 2017 at its traditional Olympic Gala.

President Augusto Morán Nuque was in attendance at the event alongside Sports Minister Andrea Sotomayor as stars from the South American nation were recognised.

In addition to the two prizes, an Olympic Spirit award was presented for the first time.

The accolade will honour athletes who "give their all at their competitions, for the love of their sport, their country and Olympism".

Both of Ecuador's two Olympic medals have been won by walker Jefferson Pérez.

He won gold in the 20km event at Atlanta 1996 and then silver over the same distance at Beijing 2008.

The country is making its Winter Olympic debut at the ongoing Pyeongchang 2018 Games.