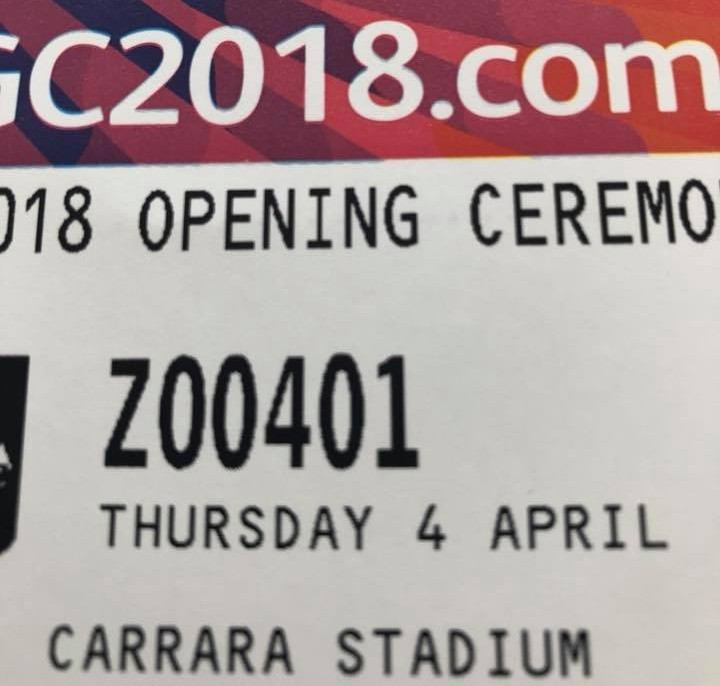 Gold Coast 2018 have apologised for a printing error on some of the tickets for the Commonwealth Games Opening Ceremony.

Tickets have started to be sent to spectators, with the Ceremony in the Australian city scheduled to take place on April 4.

A number of ticketholders have pointed out that their ticket shows the date to be a Thursday, whereas April 4 actually falls on a Wednesday.

Gold Coast 2018 chief executive Mark Peters said the mistake was because of a "human error" made by ticketing company Ticketek.

Peters added that the incorrect tickets would not be recalled due to security issues and reasserted that the Opening Ceremony is on a Wednesday.

"Ticketek and ourselves are disappointed this has happened," Peters said, according to news.com.au.

"It was a human error in the checking.

"This is a ticket that's got a lot of security checks around it so most people will understand that the Opening Ceremony is on that night."

Gold Coast 2018 are set to check that the remaining tickets for the Ceremony have the correct date printed, with around 20,000 still due to be sent out.

It is estimated that 14,000 tickets may have been affected by the error, but organisers have stated they are still valid.

The Ceremony sold out on December 4.

Nearly 40,000 people are set to attend the curtain-raiser of the Games, which will be held at Carrara Stadium.

The Closing Ceremony will take place at the same venue on April 15, which will also stage athletics competition throughout the Commonwealth Games.