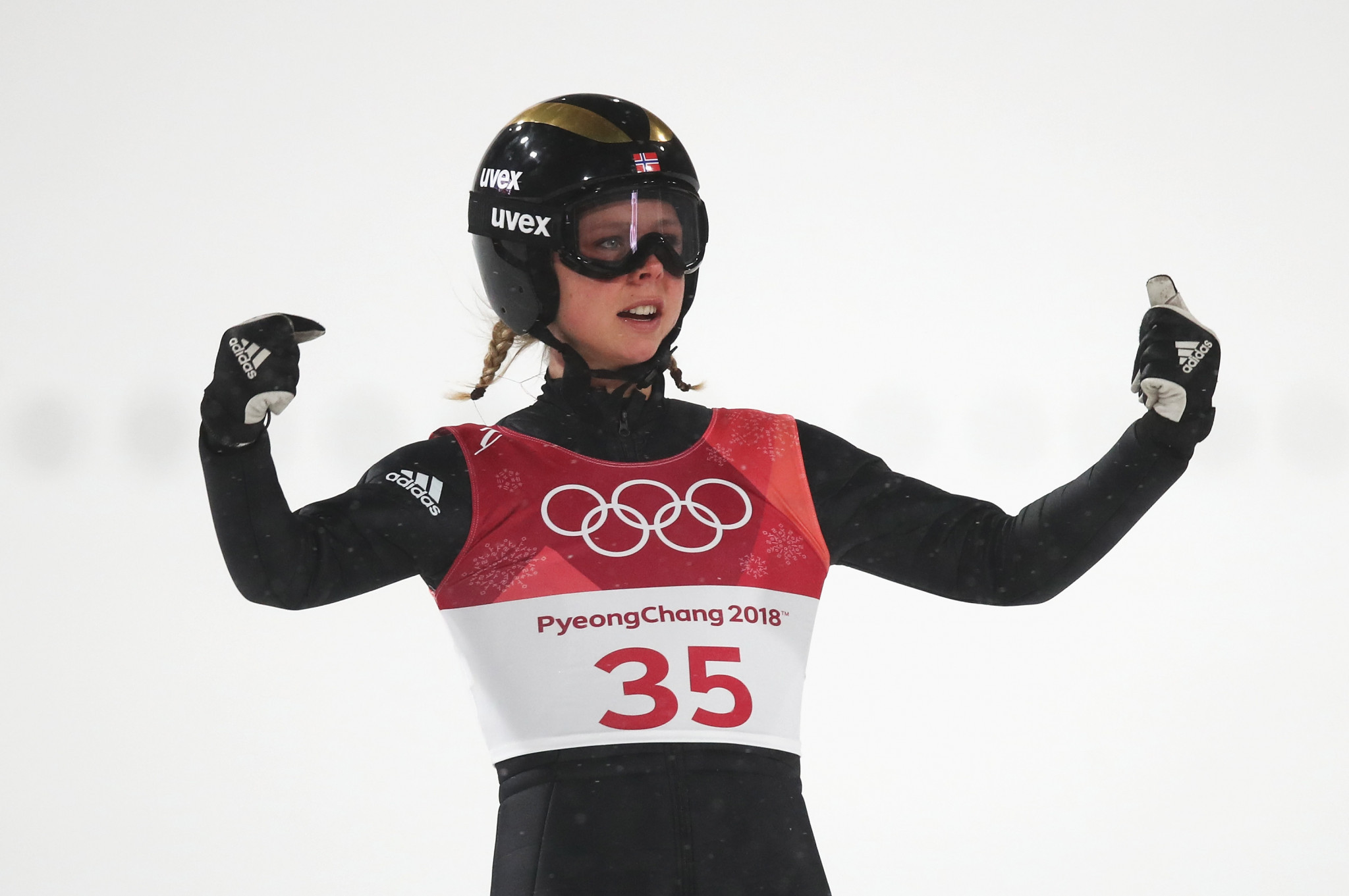 Lundby, who is top of the World Cup rankings having won seven events this season, triumphed with a total of 264.6 points after managing a final-round jump of 110 metres.

The 23-year-old becomes only the second Olympic champion in women's ski jumping, which was added to the programme for Sochi 2014 with normal hill the only event.

She also came out on top in the first round today after jumping 105.5m and totalling 125.4 points.

"I actually felt more nervous before the first jump than before the second," Lundby, who gave Norway its 10th Olympic gold medal in ski jumping, said.

"I was not completely sure if my plan for today would work.

"For the second jump I felt more in control of what I needed to do.

"I felt I had the upper hand."

She added: "I have tried only to keep my mindset on myself and not let anything distract me.

"I feel that I managed that quite well.

"I am going to continue doing so."

Althaus and Takanashi also trail Lundby at the top of the World Cup standings, occupying second and third place respectively.

Vogt momentarily took the lead in the final round with a total of 227.9 points.

But Avvakumova, Takanashi and Althaus all moved above her before Lundby outdid everyone with the longest jump of the entire final to secure her first Olympic medal.

Ski jumping medal action at Pyeongchang 2018 is due to resume on Saturday (February 17), when the men's large hill individual event will be held.