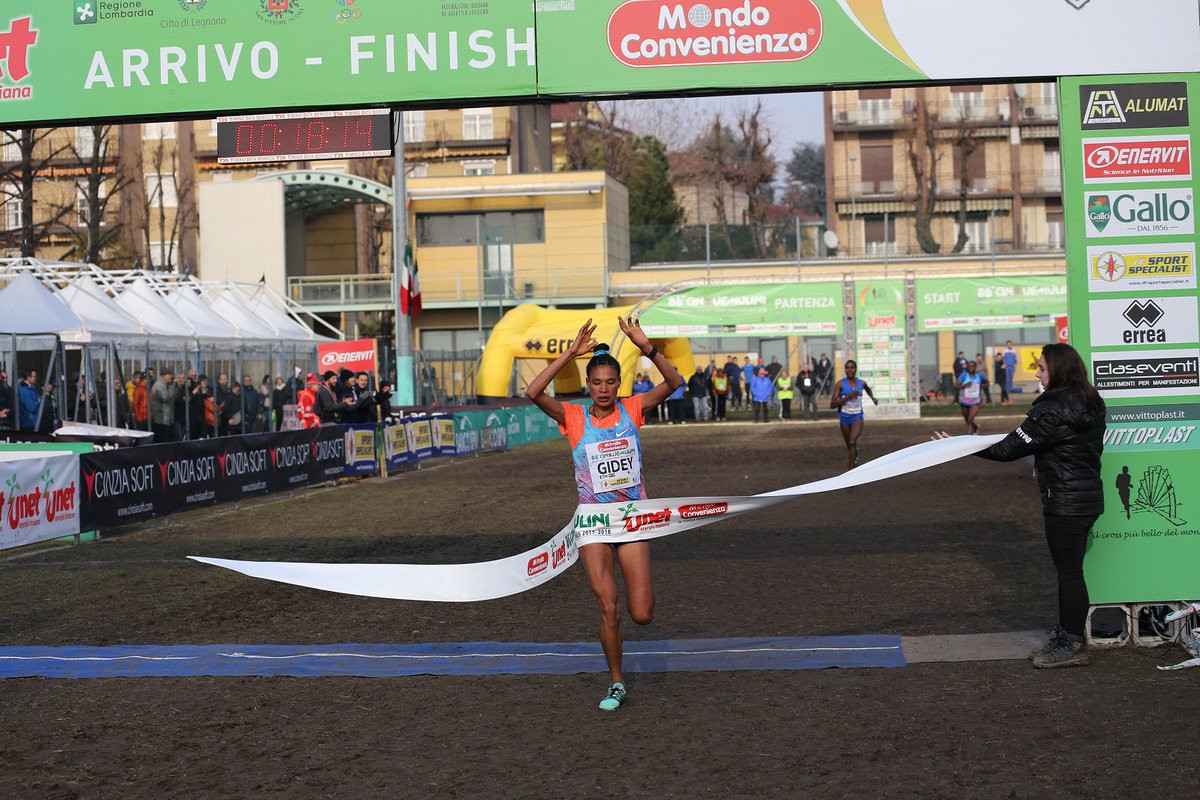 World under-20 cross-country champions Jacob Kiplimo and Letesenbet Gidey took the honours at the 86th edition of the Cinque Mulini in San Vittore Olona in Italy, the sixth and penultimate leg of the International Association of Athletics Federations (IAAF) Cross Country Permit circuit.

"I am very happy with the win in this prestigious race," said Kiplimo.

"It was not a difficult race today.

"My goal for the season is to run under 27 minutes in the 10,000 metres and win a medal at the Commonwealth Games in Gold Coast.”

The leading pack was whittled down to six men when Bekele, Ndegwa, Kiplimo, Ghebru, Girma and Crippa pushed the pace, going through the third lap in 17:44.

Kiplimo and Bekele increased their pace, pulling away from a chasing three-man group formed by Ndegwa, Crippa and Girma and opened up a gap of 16 seconds during the fourth lap.

Kiplimo broke away from Bekele during the last lap.

Girma prevailed in the battle for third place in 34:31.

They went through the second lap in 9:21 with a gap of five seconds over Britain's 2014 European cross-country champion Gemma Steel, who finished second in San Vittore Olona in 2014.

Gidey, Jepkemei and Hawi pushed the pace with 13 minutes on the clock and pulled away from Jeruto and Bontu during the third lap.

Gidey, the 2015 and 2017 world under-20 cross-country champion, launched her decisive kick with 150 metres to go, crossing the finish-line in 18:14 to edge Jepkemei by four seconds.

Hawi, the world U20 cross-country silver medallist, finished third in 18:20.

The IAAF Cross Country Permit circuit is due to reach a conclusion at Albufeira in Portugal next Sunday (February 18).