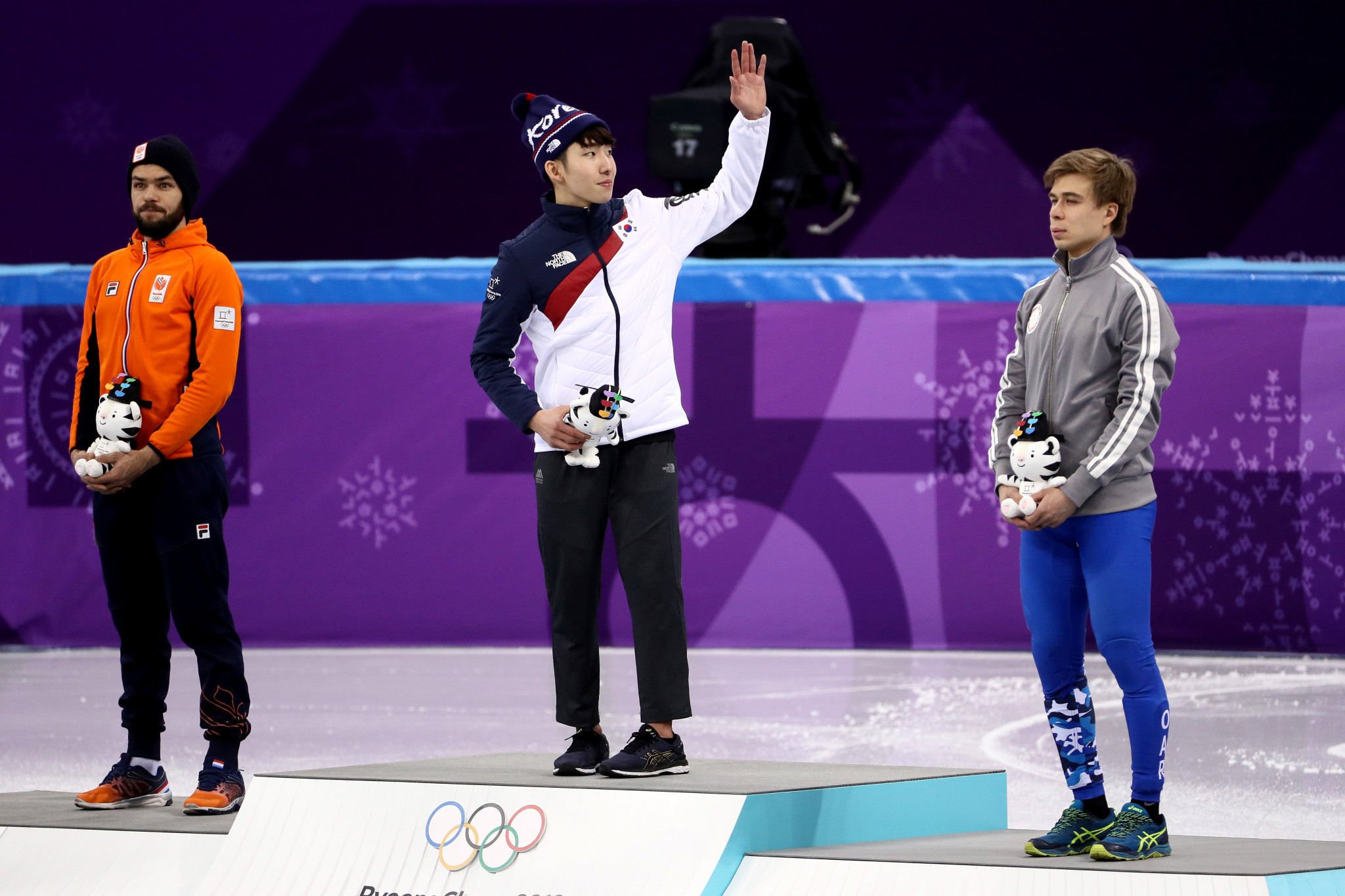 "I am very overwhelmed because it's my home country," Lim said.

"I wanted to show my really good attitude and best efforts, but the coach said, 'don't stress yourself too hard - make yourself comfortable'.

"I just followed his direction and I think that led to better results."

The Netherlands’ Sjinkie Knegt finished second in 2:10.555 and Semen Elistratov came third in 2:10.687 to secure the Olympic Athlete from Russia’s (OAR) first medal of the Games.

Elistratov dedicated his success to the Russian athletes banned from competing at Pyeongchang 2018 due to the doping scandal surrounding the nation.

He was himself cleared of a doping offence in 2016 after he tested positive for the banned substance meldonium, a heart drug the World Anti-Doping Agency issued an amnesty for after several Russians failed for it.

Elistratov claimed he had sought advice from his wife, parents and coach before deciding to compete here.

"I have difficulties in holding back my tears," he said.

"I had said before that any individual medal will be a golden or platinum one for me."ElistratovElistratov

Elistratov added: "I am incredibly happy that I did it, in spite of all the circumstances around Russian sport.

"I dedicate this medal to all guys that have been excluded from these Games in such a hard and unfair way.

"This medal is for you.

"An Olympic medal is something that cannot be compared to anything - not with a world record, a World Championship or a European Championship.

"It is completely different.

"Many athletes that won World Cups before the Olympic Games did not even make the final."

United States Vice-President Mike Pence and his wife watched the competition with South Korean President Moon Jae-in and his wife, although they left before Lim's victory.

Reigning Olympic champion Charles Hamelin was not able to defend his crown after the Canadian was penalised.

Lim’s team-mate Hwang Daeheon, the current number one in the discipline's world rankings, failed to finish the race after falling over.

Short track speed skating action is due to resume on Tuesday (February 13).

Medals will be awarded in the women’s 500m event.