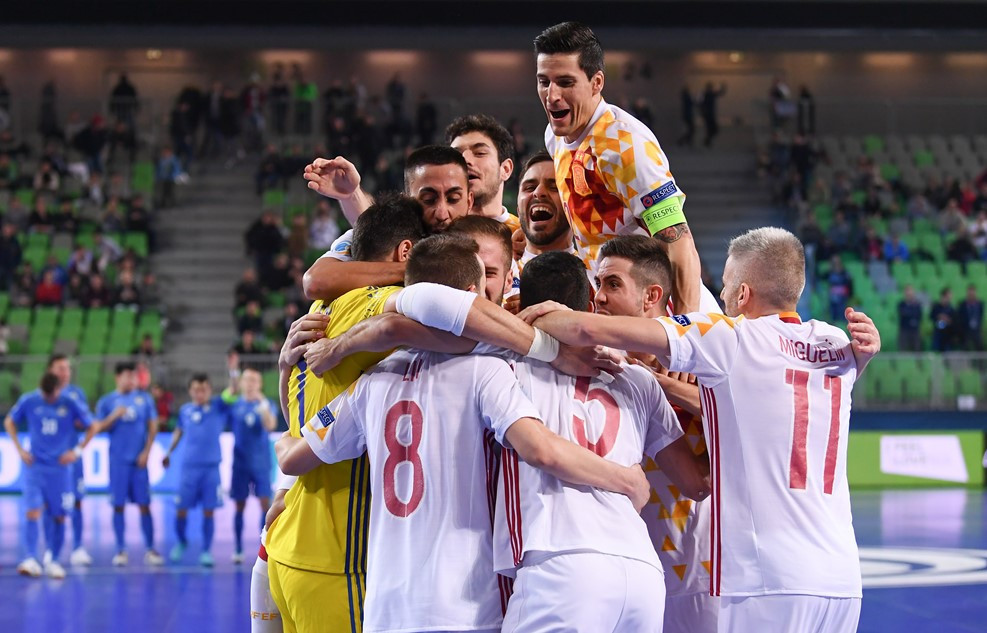 Holders Spain beat Kazakhstan on penalties to reach the final of the European Futsal Championships in Slovenia.

The shoot-out was required following an epic semi-final at Ljubljana's Arena Stožice, which ended as a 5-5 draw.

It was 4-4 at the end of regulation time with neither side managing to build a two goal lead.

Both sides then traded goals in extra time before Spain won the spot kick battle 3-1.

It keeps alive their bid to win the Championship for the eight time.

Portugal stand in their way in the final after their 3-2 win over Russia.

The Russians, the World Cup runners-up, took the lead but the Portuguese struck three times within a 10 minute spell to take control.

The final and third-place match will take place on Saturday (February 10).

Elsewhere, it was quarter-finals day at the Asian Futsal Championships in Taiwan.

Defending champions and 11-time winners Iran breezed through to the last four as they thumped Thailand 9-1 at the Xinzhuang Gymnasium in New Taipei City.

They will now play Uzbekistan who beat Vietnam 3-1 at the same venue.

At the University of Taipei Gymnasium, three-time winners Japan beat Bahrain 2-0 to progress.

They will play Iraq who saw off Lebanon by winning a penalty shoot-out 9-8.

The match had finished in a 2-2 draw.

Both last four matches will be played tomorrow.