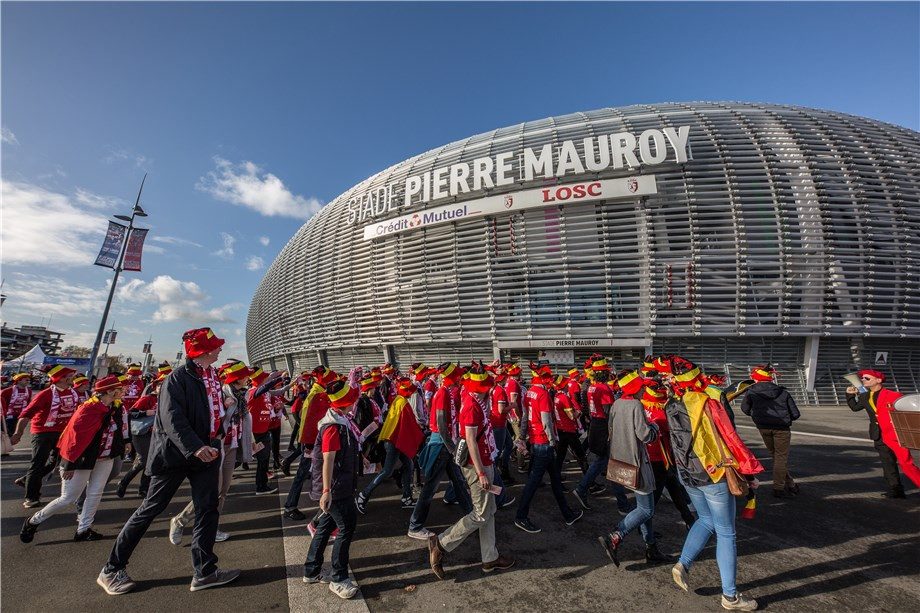 The International Volleyball Federation (FIVB) have announced that the Men's Volleyball Nations League Finals will be held at the Stade Pierre Mauroy in Lille from July 4 to 8.

The Stade Pierre Mauroy is currently home to French football team Lille OSC and was opened as a multi-purpose sporting venue in 2012.

It has hosted elite rugby, basketball, handball and tennis matches in the past.

"It is an advanced, modern stadium which will give fans an unrivalled experience, whether they are experiencing the atmosphere live or watching at home.

"The FIVB aims to be at the cutting edge of sport entertainment and we firmly believe that Stade Pierre Mauroy gives us the perfect platform to achieve this goal."

The FIVB have also announced that they are working with IMG to produce its content in-house, which they say will "maximise quality and promote a compelling, on-court narrative, which is easy for fans to engage with and understand".

Eric Tanguy, President of the French Volleyball Federation, said it was an honour to welcome the Nations League Finals to France.

"It is a great source of pride for France and the French Volleyball Federation to welcome the Finals of the Volleyball Nations League, especially for the first edition of a competition which replaces the World League and will take place in the exceptional setting of the Pierre Mauroy Stadium," he said.

"Our friends from French basketball, handball and tennis have enjoyed using the venue, and now it is the turn of the French volleyball team which I am certain will be up to the event.

"A little over a year before the European Championship takes place in France, these events will also provide us with a full-scale rehearsal."

The Volleyball Nations League is a new competition which includes 16 teams from each gender battling to become the champion.

More than 35 cities in 20 countries will host legs on the circuit before the Finals, beginning on May 25.