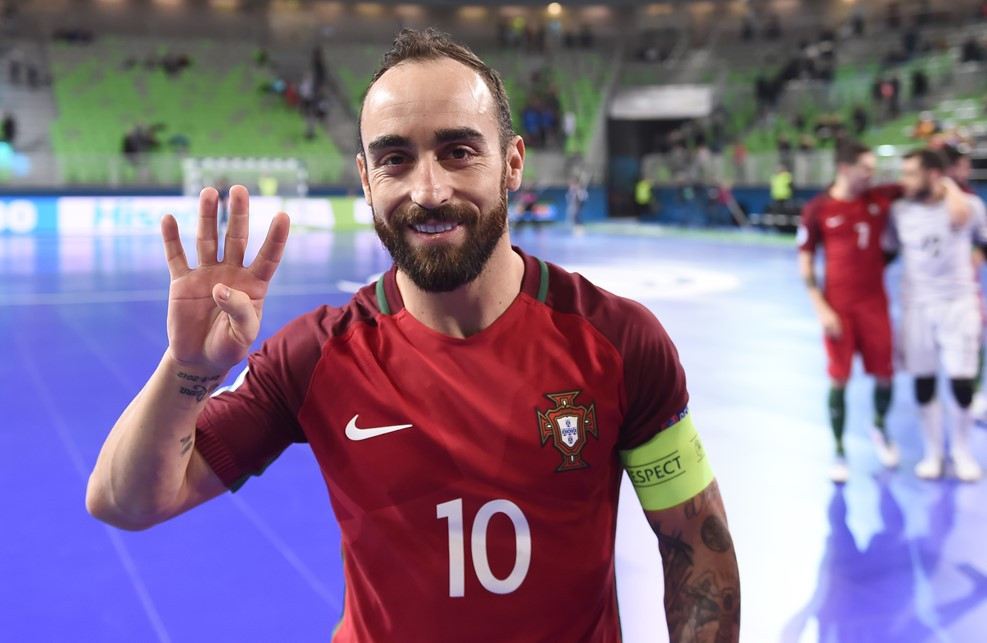 Azerbaijan will have wished their UEFA Futsal Championship quarter-final had ended after one minute, after a 1-0 lead rapidly turned into a comprehensive defeat to Portugal in Ljubljana.

A strike from Everton Cardoso after 54 seconds gave Azerbaijan an ideal start at the Arena Stožice.

The match quickly unravelled for the Azeri team, with Pedro Cary scoring a brace to turn the tie on its head after five minutes of play.

A strike from Pany Varela extended the Portuguese advantage, before Ricardinho took over proceedings with a quickfire double before half-time.

His efforts saw Portugal become the first team to score five goals in the first half of a futsal European Championship match.

Azerbaijan were shown little mercy in the second half as Bruno Coelho added a sixth, before Ricardinho scored a further two goals to complete an 8-1 win.

Ricardinho’s efforts saw him set a record of 21 goals for the tournament, which he will hope to extend in the semi-finals when they face Russia on Friday (February 8).

The second quarter-final of the day proved a far cagier affair, with a late first half strike from Pola separating Spain and Ukraine.

His effort saw defending champions Spain advance to a quarter-final match against Kazakhstan.

At the Asian Futsal Championship, the full quarter-final line-up was decided as Group C and D concluded in Taipei City.

Record 11-time winners Iran continued their 100 per cent start to the tournament by beating Iraq 5-3, with the result seeing them advance as Group C winners ahead of their opponents.

China claimed their first win of the tournament by overcoming Myanmar by the same scoreline.

Lebanon progressed as Group D winners by beating winless Jordan 2-1, with Thailand ending as the runners-up by overcoming Kyrgyzstan 8-1.

Quarter-finals will begin on Thursday (February 8) as Lebanon take on Iraq, with the winners progressing to a tie against either Japan or Bahrain.

Iran will meet Thailand, with Vietnam or Uzbekistan lying in wait for the victors.