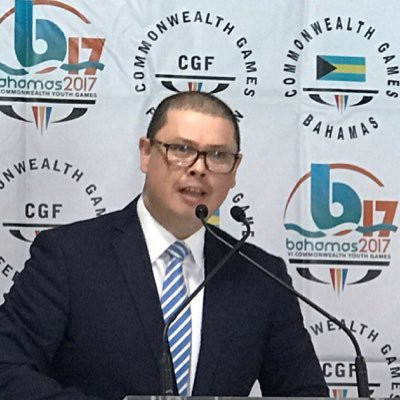 The Australian had been at the London-based CGF for four years.

He officially left his role on January 31.

"Due to the ongoing review and transformation of the Commonwealth Games Federation and its entities, CGF Partnerships and the Commonwealth Sports Foundation, the organisation is undergoing a restructure that will best suit the needs of the Movement in line with its future strategic objectives including its partnerships with International Federations and other sport stakeholder organisations," CGF chief executive David Grevemberg told insidethegames.

"In light of this, the CGF's director of sport and IF relations has chosen to leave the CGF to pursue other professional opportunities in line with his longer-term career ambitions.

"The CGF recognises and thanks Matt for his contribution to the Commonwealth Sports Movement and in particular his significant role during the design, development and delivery of the innovative and inaugural athlete quota framework, qualification systems and medal-event gender equity strategy to be applied at Gold Coast 2018 for the first time."

Before joining the CGF, Curtain had been weightlifting competition manager at Glasgow 2014.

Prior to that he had been weightlifting and Paralympic powerlifting manager at London 2012.

The announcement is surprising as this year's Commonwealth Games in the Gold Coast is due to start on April 4.

Both parties, however, claim the parting is amicable.

"With the Commonwealth Sports Movement in the strongest position of its 88-year history, the time is right to move on to a new professional challenge," Curtain told insidethegames.

"Through their leadership, Gold Coast 2018 and Birmingham 2022 will successfully demonstrate the huge progress Commonwealth Sport has made through Transformation 2022, ensuring the Movement continues to be athlete-centred, sport-focused and positively impacts the 2.4 billion citizens across the Commonwealth."

In the short-term, Curtain will continue to have an active role in sport as a member of the International Weightlifting Federation Sport Programme Commission.