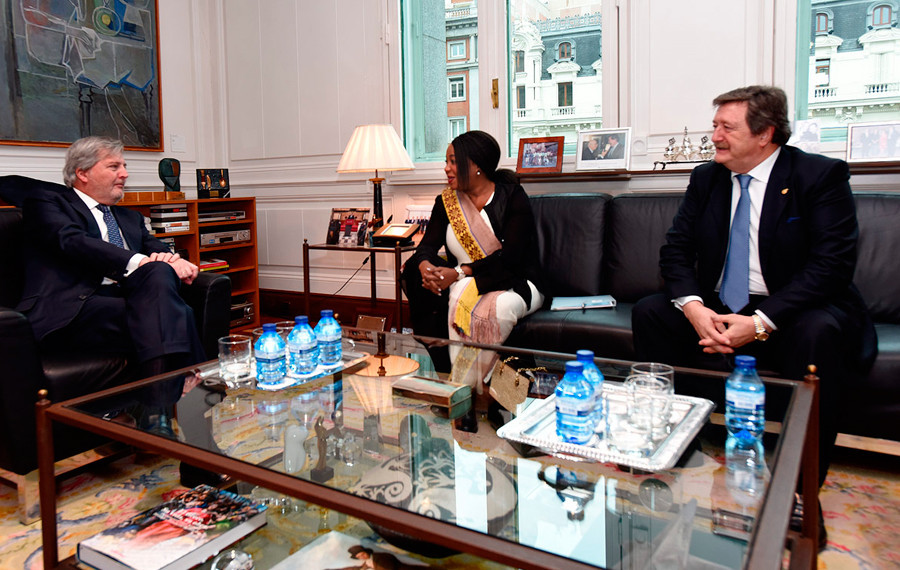 FIFA secretary general Fatma Samoura has met with Spanish officials with a view to resolving concerns which led to the world governing body threatening to remove the country from next year's World Cup in Russia.

In December, FIFA warned against Spanish Government interference in elections for a new President of the national organisation.

The Royal Spanish Football Federation (RFEF) is currently being led on an interim basis by Juan Luis Larrea after Angel Maria Villar was forced to step down in July.

It came as he awaits trial on charges of improper management, misappropriation of funds, corruption and falsifying documents.

The Spanish Cabinet, acting on requests from the Spanish National Sports Council, demanded fresh elections due to irregularities in the vote last May.

FIFA subsequently confirmed that it had sent a letter to the RFEF reminding them to "manage their affairs independently and ensure that their own affairs are not influenced by any third parties".

The parties have now met in Madrid to discuss the situation, with Samoura and Larrea among those present.

FIFA and the RFEF claimed the delegations agreed to resolving the situation "as speedily as possible" through established legal channels.

"The meeting has taken place in a climate of full cooperation and it has addressed the current situation of the RFEF," a RFEF statement read afterwards.

"Both delegations agreed on the need resolve as soon as possible through legal channels the exceptional situation in which the RFEF is in, to safeguard the interest of Spanish football and respect for the rules, transparency and good governance.

"Attendees have also recognised the work done by the RFEF, which is guaranteeing complete normality in Spanish football."

Spain are expected to be one of the favourites for the 2018 World Cup in Russia, which will take place from June 14 to July 15.

The 2010 winners have been drawn with neighbours Portugal and Morocco as well as Iran in a tough Group B.

Indonesia, Kuwait and Benin are among other countries to have been suspended by FIFA in recent years over Government interference.