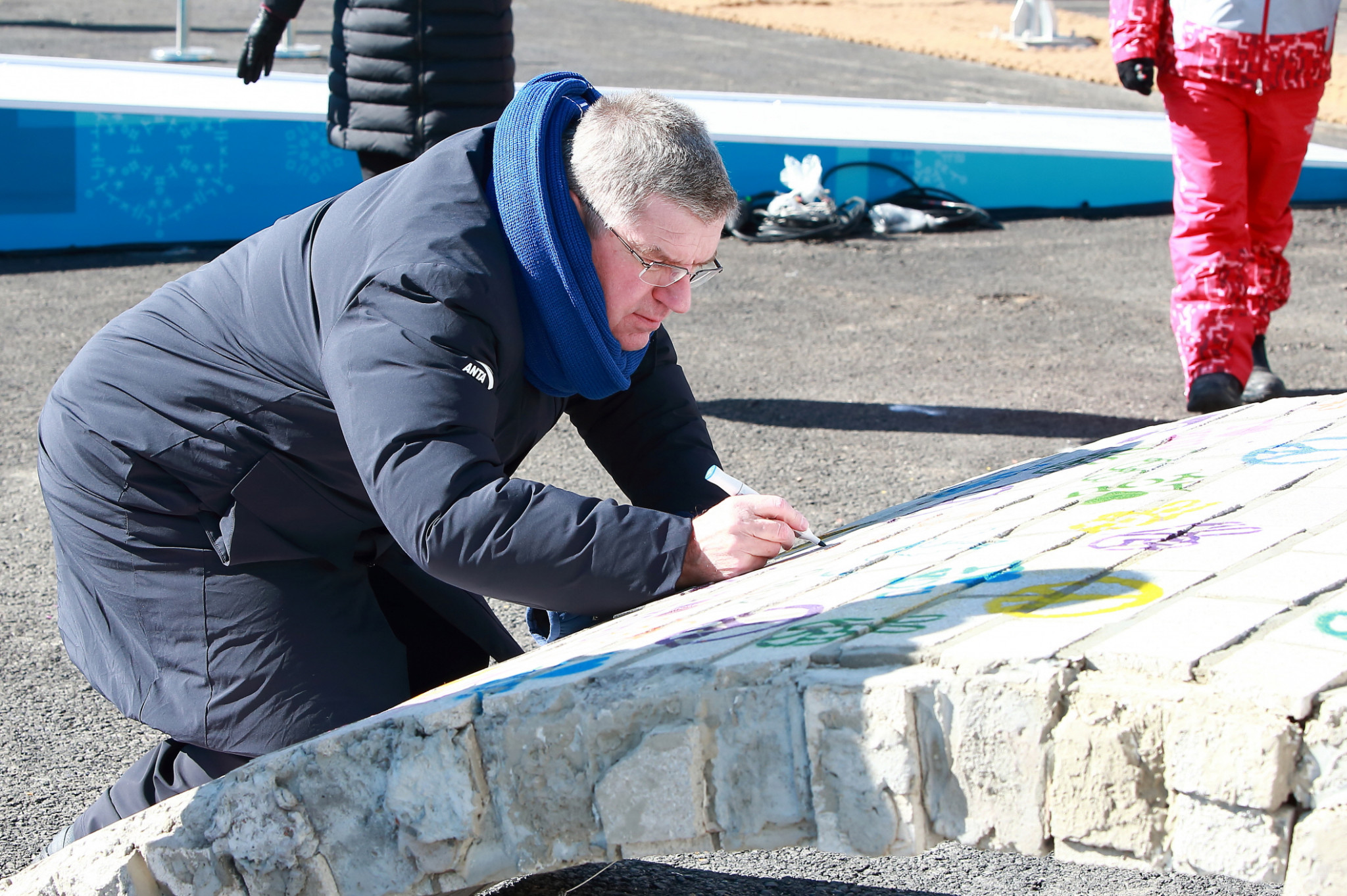 An inauguration of the the Olympic Truce Mural took place today at the Olympic Village here today.

With the theme of "Building Bridges", the Mural has been designed to change the negative perception of a wall into a positive one and reinforce the message of peace and unity of Pyeongchang 2018.

Murals have been installed in both Olympic Villages at Gangneung and Pyeongchang and athletes and officials will be asked to sign their name or message of peace on the Murals using special stencils.

The Mural is seven meters long and three meters high and will be moved to the Pyeongchang Olympic Plaza and Gangneung Olympic Park where they will be on display for spectators until the end of the Games.

There was also a representative from the United Nations High Commissioner for Refugees and student ambassadors from Daegwallyeong Middle School.

"The unveiling of the Olympic Truce Mural today is a physical reminder of the message of peace and a symbol of everyone uniting together for sport.

"We hope many athletes and officials will sign the murals and so we can share the message of peace with all those who see them on display in the Park and Plaza."

The Olympic Truce Resolution was unanimously adopted by the members of the United Nations last year in November.

"This is one of the good reasons why the Republic of Korea is welcoming not only the global Olympic Family but also media, spectators and visitors from around the world toward building bridges through the Games."